On Nov. 21, 1985, U.S. Navy intelligence analyst Jonathan Jay Pollard was arrested accused of spying for Israel. (Pollard later pleaded guilty to espionage and was sentenced to life in prison; he was released on parole on Nov. 20, 2015.)

In 1789, North Carolina became the 12th state to ratify the U.S. Constitution.

In 1927, picketing strikers at the Columbine Mine in northern Colorado were fired on by state police; six miners were killed.

In 1934, the Cole Porter musical “Anything Goes,” starring Ethel Merman as Reno Sweeney, opened on Broadway.

In 1967, President Lyndon B. Johnson signed the Air Quality Act.

In 1969, the Senate voted down the Supreme Court nomination of Clement F. Haynsworth, 55-45, the first such rejection since 1930.

In 1979, a mob attacked the U-S Embassy in Islamabad, Pakistan, killing two Americans.

In 1990, junk-bond financier Michael R. Milken, who had pleaded guilty to six felony counts, was sentenced by a federal judge in New York to ten years in prison. (Milken served two.)

In 1992, a three-day tornado outbreak that struck 13 states began in the Houston area before spreading to the Midwest and eastern U.S.; 26 people were killed. Sen. Bob Packwood, R-Ore., issued an apology but refused to discuss allegations that he’d made unwelcome sexual advances toward ten women over the years. (Faced with a threat of expulsion, Packwood ended up resigning from the Senate in 1995.)

In 2001, Ottilie (AH’-tih-lee) Lundgren, a 94-year-old resident of Oxford, Conn., died of inhalation anthrax; she was the apparent last victim of a series of anthrax attacks carried out through the mail system.

Ten years ago: The Senate voted 60-39 to open debate on health care legislation. An explosion at the Xinxing coal mine near Hegang city in China killed 108 miners. The University of East Anglia, in eastern England, reported that hackers had broken into a server at its Climatic Research Unit. (The hackers posted hundreds of private e-mails and documents online, stoking debate on whether some scientists had overstated the case for man-made climate change.) The shimmering, white glove Michael Jackson wore when he premiered his trademark moonwalk dance was auctioned off for $350,000 (plus $70,000 in taxes and fees) at the Hard Rock Cafe in New York’s Times Square.

Five years ago: After a three-day onslaught that dumped a historic 7 feet of snow on the Buffalo, New York, area and killed at least 12 people, the sun came out, but so did predictions of flooding caused by rain, temperatures up to 60 degrees and blocked catch basins.

One year ago: President Donald Trump and Chief Justice John Roberts publicly clashed over the independence of America’s judiciary, with Roberts rebuking the president for denouncing a judge hearing a migrant asylum challenge as an “Obama judge.” Some of Trump’s Republican allies in Congress joined in criticizing him for refusing to impose harsher penalties on Saudi Crown Prince Mohammed bin Salman over the death and dismemberment of a U.S.-based columnist, Jamal Khashoggi (jah-MAHL’ khahr-SHOHK’-jee), inside the Saudi Consulate in Istanbul.

Thought for Today: “Anyone can do any amount of work, provided it isn’t the work he is supposed to be doing at that moment.” — Robert Benchley, American humorist (born 1889, died on this date in 1945). 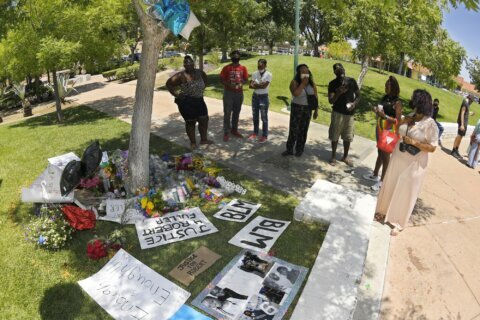