The Latest: Sessions stresses support for Trump in ad

Former Attorney General Jeff Sessions released an ad on social media stressing his support for President Donald Trump as he announced his bid for his old Senate seat.

In the ad released Thursday night, Sessions says, “the president’s doing a great job for America and Alabama and he has my strong support.”

Trump has been upset with Sessions ever since the then-attorney general recused himself from an investigation into Russian meddling in the 2016 election.

Sessions noted he didn’t criticize Trump or write a tell-all book after leaving. He says, “that would be dishonorable. I was there to serve his agenda, not mine.”

The Republican announced his 2020 run Thursday on Fox News’ “Tucker Carlson Tonight.” The seat is currently held by Democrat Doug Jones, who pulled off a huge upset in 2018.

Former Attorney General Jeff Sessions will attempt to win back his old U.S. Senate seat in Alabama after a tumultuous time in President Donald Trump’s Cabinet.

The Republican announced his 2020 run Thursday on Fox News’ “Tucker Carlson Tonight.” The seat is currently held by Democrat Doug Jones who pulled off a huge upset in 2018.

The 72-year-old Sessions was a popular figure in Alabama during 20 years as senator. But next year’s race will test how much that popularity has taken a hit under withering criticism from Trump.

Their relationship soured when Sessions as attorney general recused himself from an investigation into Russian meddling in the 2016 election and Trump blamed Sessions for what he frequently called a “witch hunt” by an independent prosecutor.

But it’s already clear he’ll have a fight on his hands.

Knowledgeable Republicans say Sessions will announce his candidacy for the Republican nomination on Thursday. He’s been a conservative icon and dominant vote-getter in the state since the 1990s.

Yet a well-known football coach, a GOP congressman and the GOP’s last Senate nominee — the controversial Roy Moore — are already fighting for the nomination.

And Sessions’ expected entry into the race is receiving a neutral welcome from Senate Majority Leader Mitch McConnell.

Asked if he thought it’s a good idea for Sessions to run, McConnell tells The Associated Press that Alabamans will “figure this out” and he hopes to win the seat back. 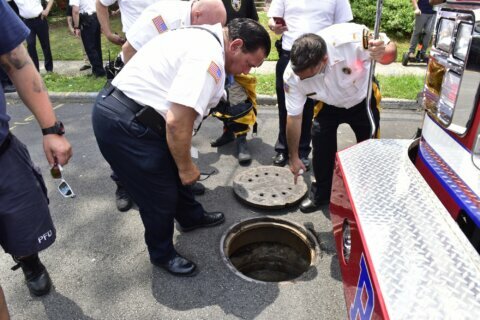