Texas baby born without much of his skin finally goes home

HOUSTON (AP) — A baby boy born in Texas without much of his skin is finally at home after months…
Listen now to WTOP News WTOP.com | Alexa | Google Home | WTOP App | 103.5 FM

HOUSTON (AP) — A baby boy born in Texas without much of his skin is finally at home after months of treatment involving grafts of skin grown in a lab from his own cells.

Ten-month-old Ja’bari Gray was released Wednesday from the Texas Children’s Hospital in Houston, where he received the experimental skin transplant in May.

Ja’bari was born weighing 3 pounds with fused eyelids and large areas of skin missing from his arms, legs and torso, the Houston Chronicle reported. His fingers and toes fused together, and his arms became attached to his torso over time.

His mother, Priscilla Maldonado, said the cause is still unknown. As of now, doctors plan to leave Ja’bari’s eyes alone.

“It’s kind of scary,” Maldonado said this week about her son coming home.

Before his discharge, Ja’bari’s parents spent several days with him at the hospital, practicing taking care of him without a nurse’s assistance.

The hospital issued a statement Wednesday saying Ja’bari was treated by neonatologists, plastic surgeons, dermatologists and specialists for the eyes and the ear, nose and throat.

“Though Ja’bari will require additional care in the future, we are glad he is able to go home with his family,” the hospital said.

The surgery allowed lab-grown sheets of Ja’bari’s skin to be transplanted onto the uncovered parts of his body. A Boston-area company that produces skin grafts for severely burned patients developed the skin from his biopsied cells.

Maldonado said the procedure was remarkably successful. Ja’bari gained weight and color in his skin.

In September, after his breathing tube was removed, his family members were able to hold him without the burden of any medical equipment or protective hospital gowns. And they heard him cry for the first time.

The baby, who was born on New Year’s Day, was initially treated at Methodist Hospital in San Antonio before being transferred to Texas Children’s.

Maldonado said future procedures are expected on his fingers, toes and arms.

“The strength is amazing for that boy, to be able to do all that,” said Ja’bari’s father, Marvin Gray. 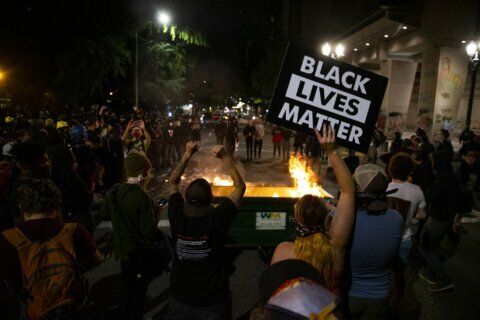 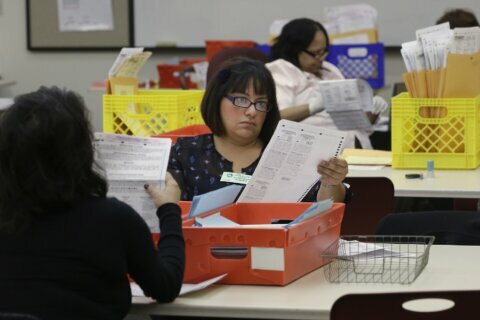