NEW YORK (AP) — More than two decades into his career as a commentator at Fox News Channel, Andrew Napolitano reached a milestone of sorts when he was called a “fool” on his own network.

Not to his face, of course. But Tucker Carlson guest Joseph diGenova’s dismissal of Napolitano for saying that soliciting campaign aid from a foreign government is against the law illustrates the awkward place that the former New Jersey Superior Court judge finds himself in at Fox during the Trump era.

Napolitano, who joined Fox News in 1998, has emerged as one of Donald Trump’s bluntest critics on a network where the president expects to hear encouragement.

Napolitano has defended an impeachment inquiry that many Trump supporters call unfair, noting it follows rules written by Republicans. He said the White House counsel’s arguments against the process were “profoundly misguided,” and described Trump’s since-withdrawn proposal to host a summit of world leaders at his Miami resort as a constitutional violation “about as direct and profound … as one could create.” He has questioned how seriously Trump takes his oath of office, and said he governs like a mafia don.

The commentator’s assertion that Robert Mueller had found 10 instances of obstruction of justice that could have resulted in a criminal indictment if Trump hadn’t been president earned him an angry tweet from the White House.

It was Smith, the since-departed Fox News anchor who occasionally fact-checked claims by Fox opinion hosts, who came to Napolitano’s defense after diGenova’s remark on Sept. 24. Smith called the attack repugnant.

“It just sort of rolls off my back,” Napolitano said in an interview. “I realize that when you’re in this business — and I’m on the opinion side, not the news side — that it’s going to ruffle some feathers. I never take it personally.”

He suspects his opinions have cost him airtime on Fox, although he says it can be cyclical. While he appears regularly on the “Fox & Friends” morning show, he’s invisible on the prime-time opinion shows hosted by Carlson, Sean Hannity and Laura Ingraham. Many of his commentaries appear online, taped on the plaza outside of Fox’s Manhattan headquarters.

Does he think some of his colleagues resent his opinions? “I don’t think so,” Napolitano said. “I think they’re mature enough to respect intellectual honesty.”

His commentaries are a frequent topic on Fox News message boards. “I wonder what changed him or if he was just faking it before?” one viewer wrote. “Either way, I don’t like this version of Nappy.”

Fox did not make an executive available to talk about Napolitano, but issued a statement saying his legal insights “have become a critical element in our breaking news coverage.”

It’s been a long journey at Fox for Napolitano, who was brought into the fold by the late chairman Roger Ailes, who once ordered the legal commentator to dye his hair after he lost 75 pounds.

He’s been praised by the likes of Glenn Beck, who suggested Napolitano replace him when Beck lost his show at Fox, and conspiracy theorist Alex Jones, who said he had “an amazing legal mind.” Yet he was also brought on to “The Daily Show” six times as a guest by fellow New Jersey resident Jon Stewart.

“I respect you as an individual,” Stewart told him once, “and I do feel you speak not from cynicism but from principle, deeply held, often times wrongly.”

Napolitano said he’s guided by the law and it’s his job to explain it to viewers. He’s a devoted libertarian and a strict follower of the Constitution, said Nick Gillespie, former editor-in-chief of the libertarian magazine Reason.

“I’m not surprised that he has become, certainly on Fox, the leading critic of Trump,” Gillespie said. “The real question is how does he get away with it.”

Napolitano describes Trump as a longtime friend — he describes a lot of people as longtime friends — and was publicly more supportive early in the president’s term. In March 2017, he claimed on “Fox & Friends” that former President Barack Obama received assistance from British intelligence to spy on Trump’s campaign, a report repeated by then-White House Press Secretary Sean Spicer.

After a forceful denial by British intelligence, Smith said Fox knew of no evidence that Trump had been under surveillance. Napolitano was reportedly suspended for two weeks.

In January 2018, Lloyd Grove wrote in The Daily Beast that Napolitano was emerging as one of Trump’s “more influential, if unconventional, ex-officio advisers.” Trump’s Twitter feed showed he was listening, like when he quoted Napolitano questioning if there was a conspiracy by the FBI and Obama’s Department of Justice to prevent Trump from becoming president.

But less than a year later, Trump was calling out Napolitano’s “very dumb” legal argument about the Mueller report. On April 27, 2019, Trump tweeted: “Ever since Andrew Napolitano came to my office to ask that I appoint him to the U.S. Supreme Court and I said no, he’s been very hostile.”

Napolitano said he had two meetings with Trump during the transition at which the president-elect asked him to describe his ideal qualities in a Supreme Court nominee. When Trump said it sounded like Napolitano described himself, he said he was actually talking about future nominee Neil Gorsuch. He said Trump asked him to pitch himself.

Politico reported in 2017 that Napolitano had told people that he was on Trump’s list of potential nominees to the court. But the commentator said he never seriously considered himself a candidate.

Being attacked on Twitter was surreal but unsurprising, he said.

“I don’t resent it because I know what he’s like,” Napolitano said. “He sees the world through his own eyes and he doesn’t have the sensitive conscience that the rest of us do.”

For whatever reason, there seemed a marked shift in Napolitano’s tone toward Trump following the July 2018 nomination of Brett Kavanaugh to the Supreme Court, said Angelo Carusone, president of the liberal watchdog Media Matters for America. The initial positive attitude toward Trump seems, in retrospect, an aberration, he said.

Napolitano said he opposed Kavanaugh because the justice’s legal views conflict with his as a libertarian. He said he felt this way before Christine Blasey Ford leveled her sexual assault allegations against Kavanaugh.

Later, when Trump claimed vindication from a Mueller report that decidedly didn’t clear him, “it was only appropriate to defend that view, not shrink from it,” he said.

By now with the Ukrainian story, “I was apparently irretrievably in the White House dog house,” he said. “And we all know that the president hates dogs.”

When asked whether Trump should be impeached, Napolitano said that is a political judgment.

“If I could modify your question to ask if there’s a legal basis to argue high crimes and misdemeanors, then the answer is yes,” he said. “That’s really beyond dispute … If I were a Democrat in the House, which I am not and never will be, I would vote to impeach.”

And if he were a Republican in the Senate?

“I think they’re going to find some of his behavior difficult to defend,” he said. 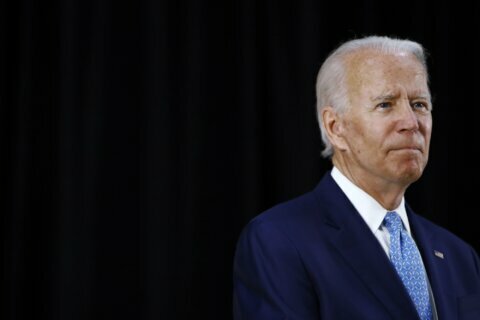 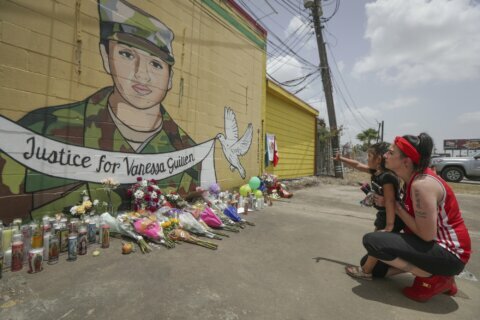