Torres Small comes out in support of impeachment inquiry

ALBUQUERQUE, N.M. (AP) — The group of Democrats in the U.S. House who were either undecided or opposed to an…

ALBUQUERQUE, N.M. (AP) — The group of Democrats in the U.S. House who were either undecided or opposed to an impeachment inquiry against President Donald Trump got even smaller Thursday as first-year congresswoman Xochitl Torres Small announced her support for the process.

The Democrat from southern New Mexico initially was among those who had their reservations, saying they wanted more information about the president’s dealings in Ukraine before making a decision. Like Torres Small, those who took such a position were from districts that Trump won handily in 2016 and that Republicans are targeting as they try to win back the House in 2020.

Torres Small, in an opinion piece published Thursday in the Las Cruces Sun-News , said she decided to back the inquiry after the White House halted cooperation with what the administration termed an “illegitimate” probe.

The White House insists that a formal vote is necessary to start the impeachment process. But Democrats are moving ahead, confident for now that they’re backed by the Constitution.

Torres Small wrote that she hasn’t reached judgment on the president’s actions or the appropriate response and that she needs the facts before making such weighty decisions.

“If we refuse to seek the truth, we risk our safety and the integrity of the very Constitution I swore to support and defend,” she wrote. “Tuesday’s actions by the president and the administration left me with no other way to get the information the country deserves than to support an impeachment inquiry.”

Other members of New Mexico’s all-Democratic congressional delegation already have voiced support for the inquiry. Still, U.S. Rep. Ben Ray Lujan, who is running for an open Senate seat, is undecided on whether he would vote in favor if articles of impeachment are brought before the full House.

Lujan spokeswoman Lauren French said the congressman would need to see the legislation first, like any vote he’d take.

Torres Small has had to walk a fine line in her sprawling district in New Mexico’s border region, where hot-button issues such as immigration and oil and gas drilling are fueling the divide between conservative and liberal voters.

The congresswoman was narrowly elected to the open seat in 2018, winning what has traditionally been a Republican post. Her win came during a historic midterm election cycle in which Democrats dominated the political landscape.

Political observers have said Torres Small’s narrow margin of victory illustrates the complexity of the district and the need to resonate with a wide cross section of voters as she seeks re-election.

In her op-ed, Torres Small said she will remain focused on health care in rural New Mexico, infrastructure needs and fixing a broken border policy. 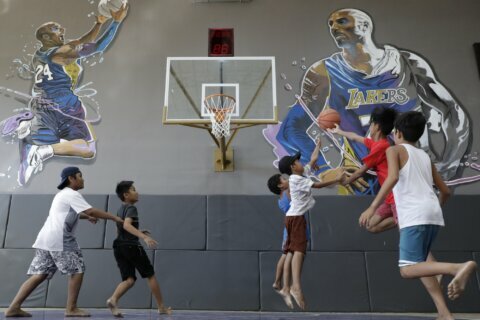