GOP’s top leaders navigate impeachment in their own ways

WASHINGTON (AP) — One of them is a gregarious, backslapping Californian unwavering in his defense of President Donald Trump. The…
Listen now to WTOP News WTOP.com | Alexa | Google Home | WTOP App | 103.5 FM

WASHINGTON (AP) — One of them is a gregarious, backslapping Californian unwavering in his defense of President Donald Trump. The other is a reserved, calibrated Kentuckian who chooses his words about Trump with care and doesn’t stroke the president’s ego.

But it’s more than style and temperament that separate House GOP Leader Kevin McCarthy and Senate Majority Leader Mitch McConnell as they navigate the treacherous shoals of Trump’s possible impeachment.

McConnell, 77, has more roles to juggle: He’s Trump’s most powerful ally in Congress, but also the leader of an institution that will have its reputation on the line in the likely event of an impeachment trial.

Although he’s up for re-election himself, McConnell’s most urgent political concern is for blue- and purple-state Republican incumbents like Martha McSally of Arizona, Susan Collins of Maine and Cory Gardner of Colorado, for whom impeachment could pose a grave electoral danger.

Different as they are, the two leaders could both help Trump. McCarthy’s efforts could produce a party-line vote on impeachment that Trump supporters could point to as evidence he was railroaded by political enemies. A partisan House vote might also smooth the way for an acquittal in the Senate.

For now, McConnell is taking a quieter, more passive approach, which suits the Senate’s role as both a jury and a body designed to put the brakes on partisan impeachment. It also fits the political needs of his endangered incumbents, who would just as soon avoid talking about the topic altogether.

“He’s a strategic thinker, the best we have. He could be in utter turmoil, and he would find the center of the storm and say, ‘We can figure this out,'” said McConnell ally Sen. Pat Roberts, a Kansas Republican and one of the few who was in the Senate for Bill Clinton’s impeachment trial.

“You feel a very special challenge or responsibility, really, when you’re sitting as a juror, and I think most people in the Senate on our side at least have grasped that, and we’ll see what happens,” Roberts said.

On the House side, a flash mob of Republicans stormed a secure Intelligence Committee room Wednesday to protest closed-door witness interviews. In the Senate, McConnell’s members have dodged questions about impeachment, saying they need to see all the facts or remain impartial for now because they may be jurors in a trial.

“If the Senate’s a club,” said Republican Sen. Roy Blunt of Missouri, “the House is a truck stop.”

While nothing is certain, most lawmakers believe the most likely outcome is a partisan House impeachment followed by a relatively routine acquittal in the GOP-held Senate, with a tally falling well short of the two-thirds needed to convict and remove the president. Such an outcome would probably suit both leaders.

McCarthy talks to Trump every day — often more than once — to check in, offer advice and gossip about politics. McConnell keeps his conversations with Trump mostly business and is more pragmatic. He has little interest in stroking Trump’s ego and was appalled by Trump’s withdrawal of U.S. troops from Syria, calling it a “grave strategic mistake” in an op-ed in the Washington Post, a newspaper that Trump loathes.

“McConnell is a goal-oriented, results-oriented politician. He understands the drama and the theatre of politics. But at the end of the day, he understands that power is about achieving results and outcomes,” said Antonia Ferrier, a former aide. “It’s not just about the show.”

McCarthy won a safe GOP seat in 2006 and immediately set his sights on a leadership track. He stuck with Trump in the 2016 campaign, even as former Republican House Speaker Paul Ryan abandoned him for a time in the wake of the infamous “Access Hollywood” tape that exploded that October. Trump has affectionately referred to him as “my Kevin.”

During Trump’s tumultuous first two years in office, his relationship with McCarthy blossomed. McConnell and Ryan, meanwhile, had run-ins with the president.

When he disagrees with Trump, McCarthy does it quietly. For instance, GOP officials say, McCarthy privately counseled that Trump should reverse his brief, controversial plan to host next year’s G-7 summit at his Florida golf resort. It was not a fight worth picking, especially with impeachment barreling down. And McCarthy did not want his members facing unnecessary political heat.

McConnell, known as a careful strategist, is also capable of surprises. Years ago, as chairman of the Senate Ethics Committee, he was the driving force to oust Bob Packwood, R-Ore., from the Senate for sexual harassment and altering diaries produced to the committee as evidence. McConnell had come under attack for squelching a Democratic drive for public hearings in the case, only to convene the committee to vote to expel Packwood.

“I had no intention of sweeping this under the rug,” McConnell said in his memoir “The Long Game.”

McCarthy is often a cheerleader for Trump. McConnell seems to take a far more critical view. When it comes to Trump, McConnell often seems to follow the adage, “If you can’t say something nice, say nothing.”

On Tuesday, for example, a reporter asked McConnell whether he was willing to defend the president on Ukraine.

“I’m willing to talk about the process in the House,” McConnell replied.

McConnell was also asked about a phone call with Trump, something he usually refuses to discuss. But this time, McConnell was responding to Trump’s claim that the Senate leader told him his July 25 conversation with Ukrainian President Zelinskiy — the one that triggered the impeachment inquiry — was “perfect.”

“We’ve not had any conversations on that subject,” McConnell said. 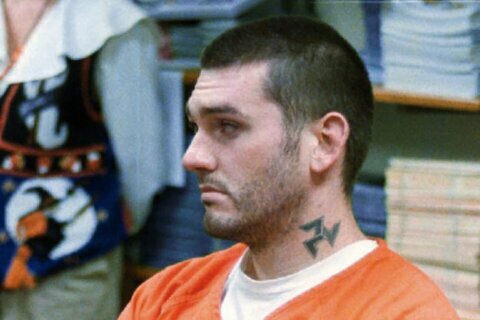