COLUMBIA, S.C. (AP) — Emily Clyburn, the wife of House Majority Whip Jim Clyburn of South Carolina who helped raise millions of dollars to help students attend the alma mater they shared, died in Columbia on Thursday morning, according to the congressman’s office. She was 80 years old.

Rep. Clyburn skipped several recent public events, at which officials sought prayers for his family and Emily Clyburn in his absence. Most recently, former State Sen. John Land stepped in for Clyburn as emcee of Monday’s Galivants Ferry Stump , which drew four of the 20 Democrats seeking their party’s presidential nomination.

A celebration of Emily Clyburn’s life and legacy will be held at Brookland Baptist Church in West Columbia on Sunday. Clyburn’s office said her homegoing services would be held Monday at Morris Brown AMEC in Charleston.

Rep. Clyburn and the woman known affectionately to many as “Ms. Emily” were married for nearly six decades, after first meeting while both were students at South Carolina State University. Rep. Clyburn loved to tell the story of how he met his future wife in jail after they were both arrested protesting segregation at an Orangeburg drug store counter.

The congressman said romance wasn’t on his mind as he was let out — he was hungry and just wanted something to eat.

Emily Clyburn walked up to him with a hamburger. As he reached for it, she tore it, keeping half for herself.

“I tell everybody she got me for half a hamburger,” James Clyburn said.

They married just over a year later.

Emily Clyburn, a native of Moncks Corner, went on to become a public school librarian in Columbia and Charleston before spending nearly 30 years as a medical librarian at the Charleston Naval Base and Dorn VA Medical Center in Columbia.

Through the years, the couple raised millions of dollars for the endowment and need-based scholarships at their alma mater, from which Emily Clyburn received an honorary doctorate in 2010. A pedestrian bridge in Orangeburg linking S.C. State to student housing over a five-lane road bears her name.

In a statement, House Speaker Nancy Pelosi remembered Emily Clyburn as “a champion of equality and opportunity who made a difference for countless young people in her beloved South Carolina.” Republican U.S. Sen. Lindsey Graham of South Carolina called Emily Clyburn “one of the most kind and dynamic people I had ever met” and someone who “lived a consequential life changing South Carolina and the United States for the better.”

Rep. Clyburn, 79, has often referenced his wife’s steady influence on his political decision-making through the years. After Republicans took back the U.S. House following the 2010 elections, Rep. Clyburn thought about leaving the Congress because his frustration at failing to get things accomplished was growing. Emily Clyburn talked him out of it — in part by joking she didn’t need him around the house all the time playing golf, but also telling him he had way too much left to accomplish.

Jeffrey Collins in Columbia, South Carolina, contributed to this report. 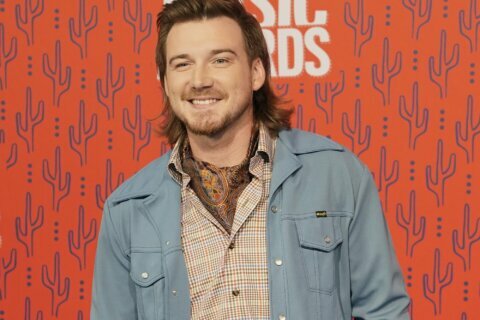