President Donald Trump, a self-described deal-maker, is saddled with a long list of unresolved foreign policy deals he has yet to close heading into his U.N. visit this coming week.

WASHINGTON (AP) — President Donald Trump, a self-described deal-maker, is saddled with a long list of unresolved foreign policy deals he has yet to close heading into his U.N. visit this coming week.

There are challenges with Iran, North Korea, the Afghan Taliban, Israel and the Palestinians — not to mention a number of trade pacts. Some are inching forward. Some have stalled.

Trump has said repeatedly that he is in “no rush” to wrap up the deals. But negotiations take time. He is nearly three years into his presidency and the 2020 election looms, which will crimp his ability to tend to unfinished foreign business.

“I don’t blame the president for having so many deals open,” said Nicholas Burns, a former undersecretary of state who has worked for Republican and Democratic presidents. He gives Trump credit for going after China on its trade practices and talking to the Taliban to try to end 18 years of war in Afghanistan.

“But I do think you have to be tough-minded as citizens and grade him,” Burns said. “How’s he doing? Well, in my book, he doesn’t have a single major foreign policy achievement in more than 2½ years in office.”

Trump’s critics say that lack of success means the president is going to the United Nations in a weakened position.

Some foreign policy experts give Trump credit for opening up international negotiations. Yet there is plentiful criticism of his brash negotiating style — blasting foreign leaders one day, making nice the next — because they think it makes the global chessboard more wobbly.

In his defense, Trump says: “It’s the way I negotiate. It’s done very well for me over the years, and it’s doing even better for the country.”

Trump’s “America first” mantra hasn’t gone over well at the United Nations before. Now, as tensions escalate between the U.S. and Iran, the president needs international support to help put pressure on Tehran.

Ever since Trump pulled the U.S. from the Iran nuclear deal and reinstated crippling economic sanctions, Iran has lashed out. Iran downed an American drone, has impounded ships in the Persian Gulf and is being blamed for the attack on Saudi Arabia’s oil facilities.

“He’s argued in the past that each country should act solely in its own interest, and he’s argued that American might, combined with his negotiating skill, would build U.S. power,” said Jon Alterman, Middle East program director at the Center for Strategic and International Studies. “Now we have a General Assembly meeting where the president really needs allies on Iran.”

The prospect of Trump talking with Iranian President Hassan Rouhani on the sidelines of the U.N. General Assembly has evaporated.

Alterman said the best-case scenario of another negotiation with Iran would be one leading to the end of Tehran’s destabilizing activities in the Mideast, new limits on its nuclear program and greater visibility into its missile program. The worst-case scenario, he said, is that the president alienates his allies and Iran carries out more attacks on U.S. interests and allies.

Former Secretary of State Rex Tillerson, who was fired by Trump, told a group at Harvard University recently that successful negotiations occur when both parties leave with an acceptable outcome. In a comment seemingly aimed at Trump, Tillerson said: “If you ever think about a negotiation as a win/lose, you’re going to have a terrible experience, you’re going to be very dissatisfied, and not very many people are going to want to deal with you.”

Trump’s other disarmament talks — with North Korea — have hit a wall, too.

Trump’s initial summit with North Korean leader Kim Jong Un in Singapore was a first, as was Trump’s historic step inside North Korea at the Demilitarized Zone dividing North and South Korea.

Still, the U.S. and North Korea have failed to gain traction on nuclear talks. Negotiations to get Kim to give up his nuclear weapons have been stalled since a February summit in Hanoi, which collapsed over disagreement about sanctions relief in exchange for disarmament measures.

On Friday, Trump claimed that his three-year relationship with Kim is the “best thing that’s happened” to the United States.

“We’ll see what happens,” Trump added. “It might work out. It might not work out.” But Trump stressed that since they started talking, Kim has not conducted nuclear tests and has only fired short-range, not long-range missiles.

The administration’s long-awaited peace plan, developed by Trump son-in-law and adviser Jared Kushner, has not come out and the path forward is unclear.

Tentative plans to release the proposal had been scrapped at least twice. The plan already is facing rejection by the Palestinians, who cut off ties with the administration after Trump recognized Jerusalem as Israel’s capital. The Palestinians have accused his administration of losing its standing as an honest broker by repeatedly siding with Israel.

And then there is the long-running conflict in Afghanistan.

While Trump has public backing to end the war, he just cut off nearly a year of U.S. talks with the Taliban. He said the Taliban were ramping up violence to gain leverage in the negotiations.

“They made a mistake,” Trump said Friday. “I was totally willing to have a meeting.”

Trump has the public’s support for withdrawing U.S. troops, but he was harshly criticized for planning to host the Taliban at the Camp David presidential retreat just before the anniversary of the Sept. 11 attacks. The Taliban were harboring al-Qaida when al-Qaida orchestrated 9/11.

Trump biographer Michael D’Antonio said that where international affairs are concerned, the president appears more interested having something showy to announce than in long-term problem-solving.

“Once he has a partner engaged, he’ll likely announce something that sounds important,” D’Antonio said. “Others will clean up the details after the election.” 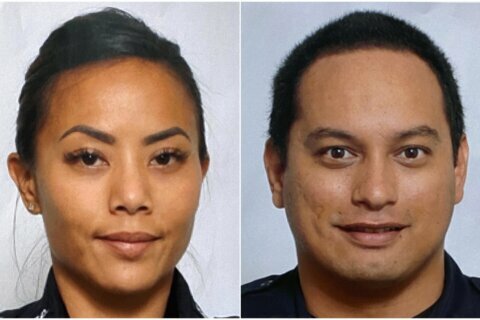 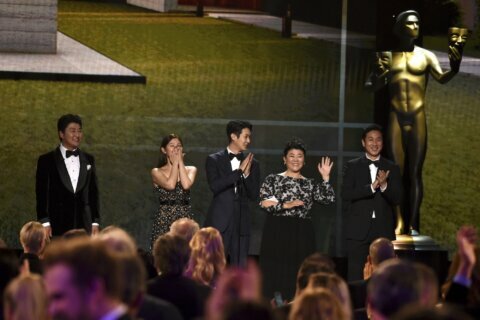