CORONAVIRUS NEWS: Virus relief up in the air | Latest coronavirus test results and trends | Parenting in a pandemic
Home » National News » Trial to start for…

DECATUR, Ga. (AP) — A police officer responding to a call of a naked man behaving erratically at an Atlanta-area apartment complex arrived on the scene, exited his vehicle and shot the man almost immediately.

Now a jury must decide if he’s guilty of murder.

Olsen, 57, and his attorneys have said he was being attacked, feared for his safety and acted in self-defense. But prosecutors have said he used excessive force against Hill, a naked and unarmed U.S. Air Force veteran with mental health problems.

Jury selection in his trial is set to start Monday.

A felony murder charge doesn’t mean prosecutors believe Olsen acted with malice but rather that he killed someone while committing another felony, in this case aggravated assault or violation of his oath.

Olsen is white and Hill was black. Against a national backdrop of officers not facing charges after shooting black men, the indictment itself is noteworthy.

Gerald Griggs, a leader in the Atlanta NAACP chapter, said supporters of Hill’s family plan to pack the courtroom. He said he’s optimistic about a conviction but acknowledged that Olsen has some of the best defense attorneys in the state.

“We’re expecting the eyes of the community to be watching this very carefully, and we’re hopeful that whoever the 12 that are seated as a jury will listen to the evidence and return a verdict that speaks the truth, and that’s guilty on all counts,” Griggs said, predicting protests if Olsen is exonerated.

Hill had been medically discharged from the Air Force and was being treated for bipolar disorder but had stopped taking his medication because he didn’t like the side effects, his girlfriend, Bridget Anderson, said right after he died.

Being shot by a police officer was especially tragic, she said. When no indictment was issued for officers in the death of Eric Garner, an unarmed black Staten Island man who died after a confrontation with white officers, she was angry, she said. But she recalled Hill saying most police are good people.

Olsen, who’d been a police officer for seven years, had no significant disciplinary problems prior to the shooting, according to personnel records. In annual evaluations, he consistently received an overall rating of “exceeds standards” and was commended for his productivity, willingness to take on extra responsibilities and being a team player.

During a May 2018 pretrial hearing on a request by Olsen’s attorneys to dismiss the charges because Olsen had acted appropriately, the apartment complex maintenance supervisor said he saw Hill outside the leasing office in shorts and a T-shirt saying strange things, like, “The devil is coming,” and asking for help. He got Hill to go to his apartment, but Hill reemerged without clothes. Leasing office staff called 911.

Olsen was responding to that call, told by dispatch there was a naked man who was “possibly demented.” Hill was squatting in a roadway when Olsen arrived but jumped up and ran toward the patrol car, Olsen testified.

Olsen drew his gun as he exited his car and yelled, “Stop! Stop!” Hill didn’t stop, and Olsen shot him “maybe a second” after giving the order, he testified.

The second officer to arrive testified that Olsen said Hill ran at him and “started pounding on him.” Olsen testified that he didn’t remember that conversation.

A successful self-defense claim requires evidence that it was reasonable for Olsen to believe Hill was about to kill or gravely injure him or another person. But there was no evidence that Olsen believed Hill was going to kill him, a judge ruled, declining to dismiss the charges. The judge also cited concerns about the former officer’s credibility and conflicting testimony.

The fact that Hill was naked and unarmed is a major challenge for the defense, which will also have to explain why Olsen didn’t use less-than-lethal force, like a stun gun or pepper spray, he said.

Jurors may wonder why Olsen immediately got out of his car, though Sekhon noted that people do often expect police officers to engage with threats when responding to a call.

Ultimately, Sekhon said, jurors will have to imagine themselves in Olsen’s position and decide whether he acted reasonably.

Sekhon said he expects to see Olsen take the stand, that no one else can effectively convey his belief that he was being attacked and was in danger of great bodily harm. 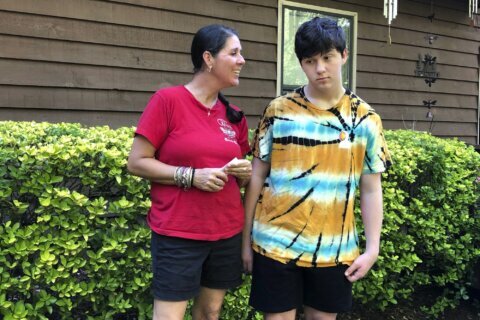