Supporters of legalizing marijuana in South Dakota have been thwarted at nearly every turn, including an effort to become the…
Listen now to WTOP News WTOP.com | Alexa | Google Home | WTOP App | 103.5 FM

Supporters of legalizing marijuana in South Dakota have been thwarted at nearly every turn, including an effort to become the 48th state to approve industrial hemp. But backers are doubling down on this year’s election.

Volunteers are gathering signatures for two initiated ballot measures. One asks voters to approve medical marijuana and the other seeks to legalize recreational marijuana. Supporters tried the same approach to get on the 2018 ballot and failed to garner enough signatures.

Melissa Mentele, head of New Approach South Dakota, a volunteer group sponsoring the medical measure, said attitudes have changed about benefits for patients. She said organizers this time around have financial support from Marijuana Policy Project, one of two national nonprofits working on the measure. The other is New Approach PAC.

“Historically our organization has not done large amounts of fundraising,” Mentele said. “We’ve always been very small and done a lot of grassroots work.”

Republican Gov. Kristi Noem supports South Dakota’s strict cannabis laws and has said that legalizing industrial hemp is legalizing marijuana by default. Hemp is related to cannabis but does not contain enough THC to make someone high.

Brendan Johnson, a Democrat and former federal prosecutor representing South Dakotans For Better Marijuana Laws, the sponsor of the recreational initiative, said his group does not believe it’s a partisan issue.

“I don’t want to have a political fight with the governor,” Johnson said. “President Trump said it is an issue for states to decide and that is what we want South Dakotans to do.”

Marijuana Policy Project deputy director Matthew Schweich says internal polling shows that both measures have enough support to pass. If successful with the petition drives this year, Schweich said, it would be the first occasion that any state would have both medical and adult-use marijuana questions on the ballot at the same time.

“Gov. Noem believes that the experiments many states are taking with legalized marijuana will end badly,” Wileman said. “It’s her goal to make South Dakota an example to the nation of a state that’s tough on drugs.”

Supporters counter that legalizing recreational marijuana will save taxpayers from wasting money on sending people to prison, allow pot to be regulated and taxed to add revenue to state coffers, and reduce opioid deaths, among other things.

The medical cannabis initiative would allow people suffering from a debilitating medical condition to obtain marijuana from a licensed dispensary and possess up to 3 ounces of cannabis and three plants. A similar measure passed overwhelmingly three years ago in neighboring North Dakota.

Among those pushing for medical cannabis is George Hendrickson. He points to son Eliyah Hendrickson, a 7-year-old with floppy hair whom his father calls “a total heartbreaker.” The first five years of Eliyah’s life included myriad visits to doctors who tried to figure out why he had trouble breathing, why his arms and legs would spasm uncontrollably, why he would have clusters of seizures and why, as his father put it, he was a “drooling, bumbling mess of a child” who would spend all day playing with a spinner toy. Eliyah was eventually diagnosed with Dravet syndrome, a rare form of epilepsy.

Running out of options, Hendrickson and his son packed up and moved from Sioux Falls to Colorado, where medical marijuana is legal. They found a life-changing treatment in two derivatives of the cannabis plant. A seminal moment was when Eliyah stopped spinning the toy and acknowledged for the first time that his dad was in the room.

“He brought his toy over and he wanted me to play with him,” Hendrickson said, fighting back tears. 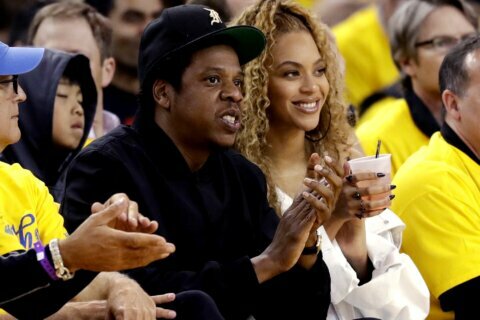