SACRAMENTO, Calif. (AP) — Athletes at California colleges could hire agents and sign endorsement deals under a bill the state Legislature sent to the governor Wednesday, setting up a potential confrontation with the NCAA that could jeopardize the athletic futures of powerhouse programs like USC, UCLA and Stanford.

Gov. Gavin Newsom has not said whether he will sign the bill. But the NCAA Board Of Governors is already urging him not to, warning that if he does California colleges and universities would eventually be banned from NCAA competitions because of their “unfair recruiting advantage.”

“It would erase the critical distinction between college and professional athletics,” the Board of Governors said in a letter to Newsom. “These outcomes are untenable and would negatively impact more than 24,000 California student-athletes across three divisions.”

The state Assembly and Senate sent the bill to the governor without a dissenting vote in what Republican Assemblyman Kevin Kiley said was “a loud and clear message to the NCAA.” Several Republican senators noted they had planned to vote against the bill but changed their minds after listening to the debate and, in some cases, lobbying from their children.

“This is one of those situations where I think we need to blaze the trail,” said Republican Sen. Jeff Stone, who said his daughter played water polo in college.

Newsom has 30 days to either sign the bill, veto it or let it become law without his signature.

Donald Remy, the NCAA’s chief operating officer and chief legal officer, said their letter to Newsom “is not intended to be a threat at all” but is “a reflection about the way California is going about this.”

The NCAA believes the bill is unconstitutional because it violates the federal Commerce Clause , and would consider challenging the bill in court if it becomes law. But Democratic Sen. Nancy Skinner, who authored the bill, called that “a hollow threat.”

“This is meant to scare us,” she said.

The bill would allow student-athletes to hire agents and be paid for the use of their names, images or likenesses. It would stop California universities and the NCAA from banning athletes that take the money. But it would forbid athletes from signing endorsement deals that conflict with their school’s existing contracts. If it becomes law, it would take effect Jan. 1, 2023.

The Senate voted 39-0 Wednesday to pass the bill, which has the endorsement of NBA superstar LeBron James, who skipped college and went directly to the NBA before the league changed its rules to require players to be at least one year removed from high school before entering the draft. But the bill could impact James’ 14-year-old son, who is a closely watched basketball prospect in Los Angeles.

The NCAA is the top governing body for college sports. Membership is voluntary. Athletes can get valuable scholarships, but the NCAA has long banned paying athletes to preserve the academic missions of colleges and universities.

But college sports have since morphed into a multibillion-dollar industry, igniting a debate over the fairness of not paying the industry’s most visible labor force.

Earlier this year, NCAA President Mark Emmert told lawmakers that passing the bill would be premature, noting the NCAA has a committee led by Ohio State athletic director Gene Smith and Big East Commissioner Val Ackerman that is exploring the issue. Their report is due in October.

The NCAA committee has already said it won’t endorse a plan to pay athletes as if they were employees, but the organization could ease limits on endorsement deals for athletes. The NCAA already lets athletes accept money in some instances. Tennis players can accept up to $10,000 in prize money, and Olympians can accept winnings from their competitions.

Democratic Sen. Holly Mitchell went to high school with Reggie Miller, who played basketball at UCLA before embarking on an 18-year career in the NBA. Mitchell said she believes Miller’s sister, Cheryl Miller, was the better basketball player but her professional options were limited after her collegiate career at USC that included two national championships.

“This is also a gender parity issue for women athletes at the collegiate level to benefit financially when they don’t have the same opportunities as their male counterparts,” Mitchell said.

In and around California, schools and conferences believe this legislation might not be the best solution.

The Pac-12, which includes USC, UCLA, Stanford and Cal, issued a statement reiterating its previous stance — asking the California Legislature to delay the debate until the NCAA announces formal proposals.

“The question is what’s the best way to continue to support our student-athletes. We think having more information and informed views will be helpful,” the statement said.

J.D. Wicker, the athletic director at San Diego State, a Mountain West Conference member, agreed, saying “California weighing in on this complicates that.”

“I think the frustration for me is that they probably don’t truly understand the NCAA and how we work as a governing body,” Wicker said. “Again, it’s schools across 50 states and it’s all of us working together, whereas the state of California will only harm California schools.” 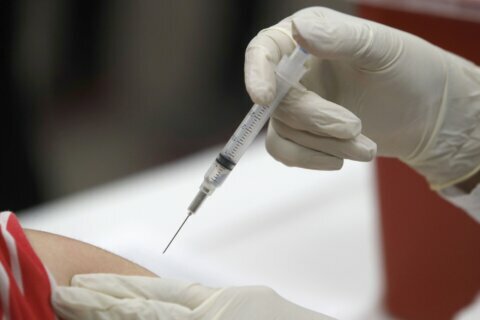 COVID vaccination appointments given to 11,500 Delawareans