Man accused in corn rake killing testifies: I didn’t do it

DUBUQUE, Iowa (AP) — An eastern Iowa hog farmer accused of using a corn rake to kill his wife says he didn’t do it and doesn’t know who did.

The Telegraph Herald reports that 43-year-old Todd Mullis also testified Thursday in Dubuque that he didn’t know who used his iPad to conduct internet searches about cheating spouses. He said his wife, Amy, and others knew his password.

Mullis is charged with first-degree murder in the slaying of Amy Mullis on Nov. 10 at the farm about 40 miles (64 kilometers) west of Dubuque. A prosecutor has said Todd Mullis was irate over his wife’s affair.

A state investigator testified that Mullis never denied killing his wife. Mullis said he told the investigator that he wanted Mullis “to confess to something I didn’t do.” 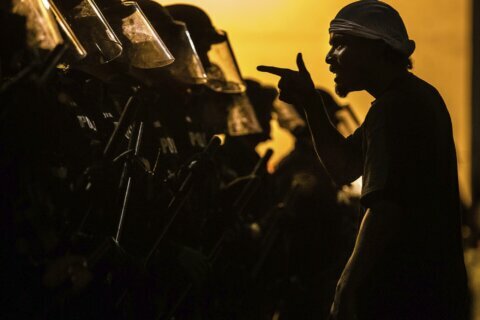