ENCINITAS, Calif. (AP) — Three family members enjoying a day at a San Diego area beach were killed Friday when a huge slab of the cliff above them plunged onto the sand. The collapse has raised questions about the stability of bluffs along California’s 1,000-mile (1,600-kilometer) coast. Here are things to know:

Lifeguards and beachgoers scrambled to help search for victims after tons of sandstone were unleashed at Grandview Beach, a narrow strand in Encinitas popular with locals, surfers and vacationers.

Two other people were injured.

Officials on Saturday reopened much of the beach.

Geologists were on scene all weekend assessing the area around the collapse zone. Homes on top of the cliff were in no immediate danger, Encinitas Lifeguard Capt. Larry Giles said.

Long stretches of beach in Encinitas are narrow strips of sand between stiff waves and towering rock walls. People lounging on beach chairs or blankets are sometimes surprised as waves roll past them and within a few feet of the walls.

Some areas are only accessible by steep wooden stairs that descend from neighborhoods atop the cliffs.

HAS IT HAPPENED BEFORE?

Bluffs give way four to eight times a year in Southern California, but “nothing of this magnitude,” Brian Ketterer, southern field division chief of California State Parks, said Friday.

Encinitas resident Rebecca Kowalczyk, 30, died near the same area Jan. 16, 2000, when an enormous chunk of bluff fell and buried her, the San Diego Union-Tribune reported.

The newspaper said the last fatal bluff-collapse in San Diego County happened in 2008, when Nevada tourist Robert Mellone, 57, was crushed by sand and boulders from a section of bluff above Torrey Pines State Beach.

Last February, two women were walking on a cliff above Fort Funston beach in San Francisco when it collapsed and buried them. In 2017, a woman peering over the edge of a cliff in Santa Cruz County fell to her death when the ground gave way beneath her. Last fall, sections of the cliffs in Del Mar in San Diego County collapsed three times in just a few weeks.

WHY DID IT HAPPEN?

“This is a naturally eroding coastline,” Giles, the lifeguard captain, said after the Grandview collapse. “There’s really no rhyme or reason, but that’s what it does naturally …. This is what it does, and this is how our beaches are actually partially made. It actually has these failures.”

Most unprotected bluffs in the state are actively eroding as they’re pounded by waves or rainfall and have the potential to fail, said Adam Young, project scientist at Scripps Institution of Oceanography at University of California, San Diego.

“They should be considered risks,” Young said Monday.

Scientists have been studying bluff failures for more than a century but some of the older data sources are unreliable, Young said.

Researchers in the past 20 years or so have been using digital 3D mapping technology to track cliff erosion, he said.

In Southern California alone, cliffs could recede more than 130 feet (40 meters) by 2100 if sea levels keep rising amid global climate change, according to a study led by the U.S. Geological Survey.

WHAT CAN BE DONE?

There’s not yet any reliable way to predict future erosion rates or identify areas at risk, Young said. Some cliffs may be relatively stable for years following a cycle of erosion, he said.

Preventing waves pounding away at the base of bluffs by maintaining a wide beach is one way to prevent them from failing, according to Young and other researchers.

Officials have followed that strategy on the California coast at Laguna Beach, Ventura and parts of Santa Monica.

A Scripps study published in 2017 identified areas that have eroded faster than others, and introduced a new experimental hazard scale to identify areas that may be at greater risk of impending collapse. It was the first such large-scale study in California using LiDAR data — laser elevation data recorded in aerial surveys — to create detailed maps, according to Scripps.

The California Coastal Commission, an agency charged with protecting the coastline, has said the research could be useful for local governments looking to update their coastal programs to protect expensive real estate, roads, power plants and wastewater treatment facilities along the shoreline. 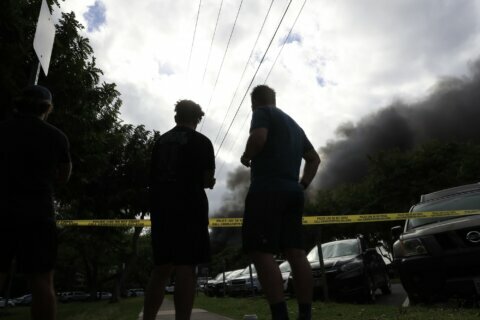