BEAUFORT, S.C. (AP) — A South Carolina elementary is reopening for the first day of school despite a smoldering, toxic…

BEAUFORT, S.C. (AP) — A South Carolina elementary is reopening for the first day of school despite a smoldering, toxic fire in a 50-foot trash pile at a nearby recycling center.

News outlets report Beaufort County School District decided to open Okatie Elementary as scheduled on Monday. It says a sensor at the school shows the air is safe, despite the ongoing blaze less than a mile away at the site known locally as Trash Mountain.

Teachers say it smells like burnt rubber inside the school, The Island Packet reported .

“In certain parts of the building, their eyes are stinging,” school board member Tricia Fidrych said.

However, the problem of the teachers’ stinging eyes was unrelated to the trash fire, said Robert Oetting, the district’s chief of operations. He blamed a faulty motor on an air conditioning unit that has been resolved.

There will be no outdoor school activities on Monday and extra nurses will be at the school in case any issues arise, County Superintendent Frank Rodriguez said.

About 25 neighbors have evacuated from the neighborhood.

The Environmental Protection Agency has found at least one hazardous substance in the area: Acrolein. People can be exposed to that toxin by inhaling it or through skin or eye contact, and it can attack the respiratory system and heart, according to the National Institute for Occupational Safety and Health .

Symptoms of exposure to Acrolein include eye and skin irritation; decreased pulmonary function; delayed pulmonary edema; and chronic respiratory disease, according to the agency.

Smoke from the fire has been measured as far as 1 ½ miles (2.4 kilometers) from the site some mornings, Huyser said. 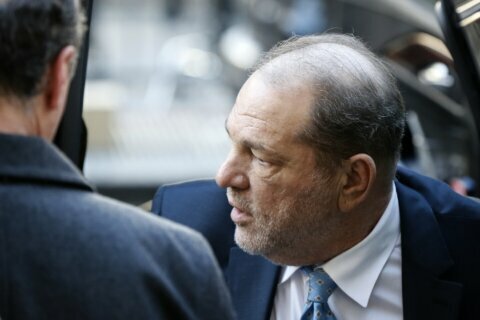