The states and city join a growing list of entities suing over the change, one of the Republican administration’s most aggressive moves to restrict legal immigration.

“Generations of citizens landed on the welcoming shores of Ellis Island with nothing more than a dream in their pockets,” she said in a statement announcing the lawsuit. “The Trump Administration’s thinly veiled efforts to only allow those who meet their narrow ethnic, racial and economic criteria to enter our nation is a clear violation of our laws and our values.”

More than 15 other states have already sued to challenge the new rule, including California , Washington state and Pennsylvania.

The rules set to take effect in October would broaden a range of programs that can disqualify immigrants from legal status if they are deemed to be a burden to the U.S.

Ken Cuccinelli, acting director of Citizenship and Immigration Services, said earlier this month that the rule change will ensure those who come to the country don’t become a burden, though they pay taxes.

“We want to see people coming to this country who are self-sufficient,” Cuccinelli said. “That’s a core principle of the American dream. It’s deeply embedded in our history, and particularly our history related to legal immigration.” 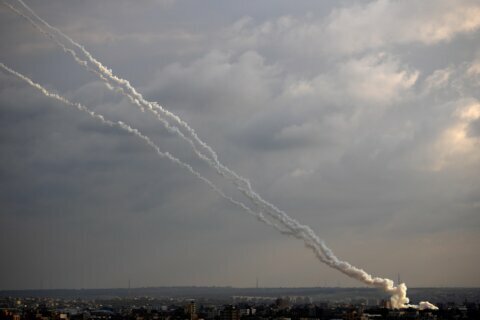