HOUSTON (AP) — The top prosecutor in Texas’ most populous county is opposing parts of a proposed settlement in a federal lawsuit over the county’s bail system, which had been deemed unconstitutional by a federal judge.

Harris County District Attorney Kim Ogg had previously supported the lawsuit, calling for “immediate reform to the bail system.” The 2016 lawsuit argues it is unjust that many misdemeanor defendants remain jailed because they are too poor to afford bail.

But in a court brief filed Thursday, Ogg said the proposed settlement — announced last month — is inconsistent with Texas law and makes the prosecution of misdemeanor crimes “unnecessarily and unlawfully difficult, if not impossible.”

Ogg’s objections include the possibility the proposed agreement could create roadblocks “to ensuring the regular and timely appearance of a defendant in court” and could put victims in danger because judges would not be able to issue timely protective measures in cases like domestic violence or stalking because defendants would not be required to appear in court until three days after their release from jail.

“The proposed settlement clearly favors convenience to misdemeanor defendants without regard to the impact on victims, witnesses, and or any other stakeholders,” Ogg said in her court brief.

The bail system in Harris County, where Houston is located, had been deemed unconstitutional in 2017 by U.S. District Judge Lee Rosenthal, who said it violated equal protection rights against wealth-based discrimination for misdemeanor defendants.

The proposed settlement will solidify changes Harris County had already put in place after Rosenthal’s ruling. These changes included ensuring that money bail must not be required as a condition of pretrial release for most misdemeanor defendants and arrested defendants must be released on a personal bond or on non-financial conditions as soon as possible.

The agreement says individuals facing certain types of misdemeanors, including domestic violence and a second or subsequent driving while intoxicated charge, will have to appear before a magistrate judge to determine their release.

The lawsuit is part of a broader push in the U.S. to reform a bail system that civil rights groups say unfairly keeps poor defendants, particularly minorities, locked up and forces many to plead guilty in order to get released.

Similar lawsuits have been filed in other states.

Ogg’s objections joined others filed this week in Houston federal court by groups and local politicians objecting to the proposed settlement.

The proposed agreement was approved last month by Harris County commissioners by a 3-2 vote.

Harris County Judge Lina Hidalgo, the county’s top administrator and who voted for the agreement, said the proposal “positions Harris County as a leader in ending an unjust, unconstitutional bail system.”

Alec Karakatsanis, an attorney with Civil Rights Corps, a Washington, D.C.-based nonprofit that is among the groups that sued the county, says Ogg’s objections are minor and he doesn’t believe they will derail the agreement.

“Everything is on track to create a safer and more fair bail system in Harris County. That’s something that everybody can be proud of,” Karakatsanis said.

A court hearing to possibly give final approval of the settlement was set for this week but was postponed until Sept. 19. 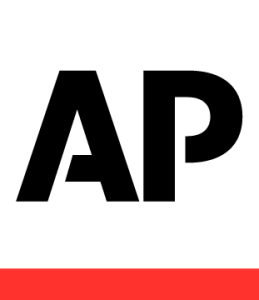