Another 84 buildings between the communities of Willow and Talkeetna, about 70 miles north of the state’s largest city, also have been destroyed, fire information manager Kale Casey said.

Hundreds of people have been evacuated because of the fire that started Sunday night along the Parks Highway, the main thoroughfare that connects Anchorage to Denali National Park and Preserve and Fairbanks.

Gov. Michael Dunleavy issued a disaster declaration for the Matanuska Susitna Borough and Kenai Peninsula Borough for impacts from fires.

The exact cause of the fire is under investigation, but officials have said it was human-caused.

The wildlife is one of two major blazes in Alaska.

The fire had blackened nearly 6 square miles (16 sq. kilometers) and was 10% contained, said Tim Mowry, a spokesman for the Alaska Division of Forestry.

“They’re dropping water and retardant on and around it, but we really need people on the ground to reinforce those aerial assets,” Mowry said.

Conditions were dry, giving the fire ample fuel, Casey said. A forecast of increased winds for Saturday has fire managers on edge, and additional residents were told to be ready to evacuate if needed.

“With conditions so dry in this area, a 15 mph (24 kph) wind is a significant event,” Casey said. “The ground fuels are extremely resistant to control.”

Alaska’s fire season is usually over by now, but hot, dry conditions have extended it. Alaska recorded its warmest month ever in July.

It’s unusual for firefighters to be sent to Alaska from other states this time of the year.

“Usually, our crews are in the Lower 48 by now, helping out there,” Mowry said.

Another large wildfire is burning south of Anchorage, in Kenai National Wildlife Refuge. It started in June but was reinvigorated. It had burned about 222 square miles (575 square kilometers) and was 20% contained.

Smoke from the two fires has made Anchorage smoky, prompting health warnings and leading schools to cancel outdoor activities. 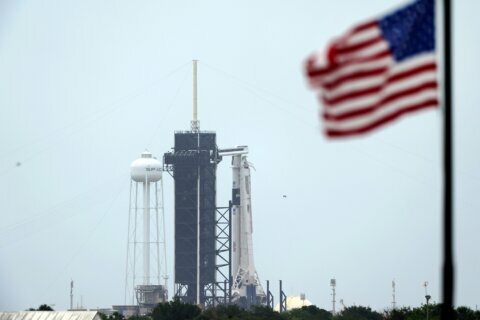 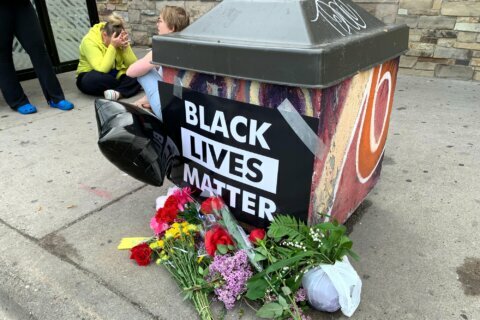