Where things stand in the Flint water crisis investigation

The three-year probe of lead contamination in the city’s water supply and a deadly Legionnaires’ disease outbreak has led to charges against 15 people, including two members of Snyder’s Cabinet along with two state-appointed emergency managers effectively ran Flint due its financial troubles. Snyder, a Republican who left office in December due to term limits, apologized for the man-made disaster but was never charged.

A look at what the development may mean:

Michigan’s new attorney general, Democrat Dana Nessel, took office in January and named one of her appointees, Fadwa Hammoud, to take the lead on the Flint criminal cases, including the prosecution of former state health director Nick Lyon. Nessel criticized former Republican Attorney General Bill Schuette’s decision to hire an outside special prosecutor, Todd Flood, to handle the investigation. In April, her office sought a six-month timeout in Lyon’s case after finding a “trove of documents” related to Flint in a state building. A judge would later reject the request, but Flood was fired. Hammoud said it “became clear” that discovery was not fully and properly pursued from the onset. She pledged a “full accounting of all evidence.”

It is unclear whether the cellphones, computers and other devices of 67 current or former state workers taken from another division of the attorney general’s office will provide new or relevant evidence, but it is a sign that the investigation may be far from over. Data from the state-issued phones of Snyder and his top staffers was extracted and given to investigators as far back as 2016, according to a document attached to one warrant. Snyder in total produced at least 38,000 documents, says a September 2018 letter written by one of his lawyers. The warrant seeks more devices and newer devices — including from Snyder — and names additional employees, particularly in the governor’s office, who left state government in December. A spokeswoman for Hammoud declined to say whether what was recovered is new, old or to what extent it may never have been reviewed previously.

Snyder took to Twitter on Tuesday night, calling media reports about his state phone and computer “very sloppy and misleading.” He said he gave his phone and other devices to the attorney general’s office before leaving office. “Why the AG’s office is executing a search warrant on itself I cannot say,” he tweeted. One of his lawyers, Brian Lennon, issued a statement, too, a day after declining comment. He called news coverage “misleading at best” because Snyder had “intentionally and voluntarily” left his cellphone and other devices with the attorney general’s office. Lennon said his firm had worked cooperatively with the attorney general’s office on the review and production of documents, and he accused prosecutors — in the recent skirmish over delaying Lyon’s case — of making “many misstatements” about the firm’s role. Kelly Rossman-McKinney, a spokeswoman for the attorney general’s office, said: “Mr. Snyder knows darn well why search warrants are being executed. It’s the pursuit of justice for the people of Flint, pure and simple.”

Snyder and Flood were fighting as recently as September over his compliance with an investigative subpoena issued more than two years earlier. Snyder’s attorney at that time objected to a request to look at Snyder’s iPad, along with 24 iPads and 18 cellphones of current and former executive office employees, calling it an expensive, “arbitrary fishing expedition” and saying issues over document production should have been raised long before. Charles Ash wrote that Snyder was cooperating in the probe but that reviewing the iPad would be largely duplicative since Snyder’s email and iPhone had already been examined. He said the office had previously produced the cellphones of Snyder and 12 key aides. Snyder also objected to collecting data from the personal emails of his children, searching his employees’ personal emails and providing their personal cellphones, which his lawyer said were outside his custody and control.

Peter Henning, a professor at Wayne State University Law School, said he suspects the attorney general’s office is being “extra careful” by using warrants to obtain the devices instead of subpoenas. “They want to make sure that they don’t lose any evidence that they might discover,” he said, citing the risk of it being suppressed before trial and the importance of using a warrant to search a phone or computer. “They are making sure to dot every I and cross every T. It’s more difficult to get a search warrant but it gives you the prosecutor much greater protection.” Henning also said prosecutors may be taking a “particularly cautious” approach to make sure they comply with rules requiring that the defense be given all potentially exculpatory evidence.

It is not clear if more charges are coming in the Flint probe or if the warrants are instead primarily related to existing cases. Hammoud said earlier this year that it was “premature” to say. In 2017, Schuette — the attorney general who launched the investigation — signaled that it was moving to the trial phase and that Snyder would not be charged. “The people of Flint deserve for us to take our time in terms of evaluating every piece of evidence,” Hammoud said in February. “We will be looking at every single person that has been charged and any potential person that may be charged.” 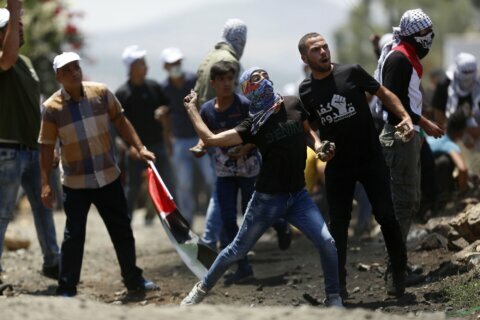