The Office of Inspector General made unannounced visits to four facilities in California, Louisiana, Colorado and New Jersey between May and November of last year, according to a report published Thursday. The facilities together house about 5,000 detainees.

In an Adelanto, California detention facility, inspectors found nooses in detainee cells, the segregation of certain detainees in an overly restrictive way and inadequate medical care, the report said.

It comes as the Trump administration is managing a worsening problem at the U.S.-Mexico border, with a dramatic increase in the number of Central American migrants. While most are families who cannot be easily returned to their home countries, the number of single adults is also on the rise. Immigration officials are detaining an increasing number of single adults — about 52,000 now — but are funded for only 45,000. The administration has asked for $4.5 billion more for additional bed space.

U.S. Immigration and Customs Enforcement officials said they are working to ensure all facilities comply with standards. They say they have already trained food service staff on food safety and they extensively cleaned and renovated housing units. They included photos of cleaned showers and bathrooms in their response.

“The safety, rights and health of detainees in ICE’s care are paramount,” the agency’s chief financial officer, Stephen Roncone, wrote to the inspector general’s office. “ICE has made substantial progress to address the findings and recommendation in the OIG’s draft report.”

Holding single adults is an administration priority; officials say detention is one of the only consequences that can be applied to those crossing illegally. But two facilities took detainees out of the general population to special units as punishment before they should have, three wrongly put detainees in restraints and one facility strip-searched detainees who were to be segregated, the watchdog found.

In a facility in Essex, New Jersey, inspectors found detainees lacked toiletries and were given uniforms that didn’t fit.

At a facility in Aurora, Colorado, detainees were not allowed visits from friends or families, even though there was room for them to do so. Managers said they were concerned about drugs or weapons being smuggled, but they acknowledged that visits should be considered.

Rep. Diana DeGette, D-Colo., said the report confirmed what she had suspected about treatment there.

“We need to take a hard look at ICE’s use of these private prisons and, at the very least, make clear to the agency that outsourcing its responsibility to physically hold these detainees does not absolve it of its obligation to properly care for them,” she wrote.

There have been reports of poor medical care and dangerous conditions at ICE facilities for years.

This story has been corrected to reflect that the ICE facility in Aurora is in Colorado, not California. 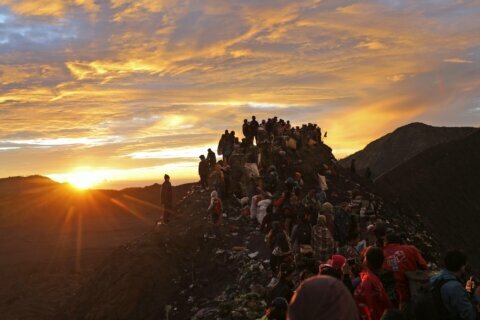