SAN DIEGO (AP) — The Latest on the trial of a decorated Navy SEAL charged with killing an Islamic State prisoner in his care (all times local):

A military spokesman says prosecutors have no intention of dropping the murder case against a Navy SEAL after a witness confessed to killing the victim.

Navy spokesman Brian O’Rourke said Thursday that it will be up to jurors in the court-martial of Special Operations Chief Edward Gallagher to judge the credibility of witnesses.

A prosecutor accused Scott of lying to protect Gallagher after being granted immunity. He surprised prosecutors with testimony that contradicted what he’d previously told investigators.

Retired Army Maj. Gen. John Altenburg Jr. has handled or overseen about 1,000 military trials. He says such a change is rare, but one of the risks of granting immunity to a witness.

A Navy SEAL called by prosecutors to testify at the murder trial of a colleague has acknowledged killing a wounded prisoner in Iraq in what he described as an act of mercy.

Gallagher is facing court-martial on charges of murder and attempted murder.

Scott says the militant had been stabilized and was breathing normally after he and Gallagher treated him for wounds suffered in an airstrike.

Scott says the patient would have survived the stabbing, but he decided to plug the youth’s air tube because he believed he would eventually be tortured by Iraqi forces.

A prosecutor says Scott never revealed that version of events in previous conversations and accused him of lying to help Gallagher.

Two Navy SEALs say a former colleague on trial in the killing of a wounded young prisoner in Iraq unexpectedly stabbed the boy and later called him “just an ISIS dirtbag.”

The testimony came Wednesday in the San Diego court-martial of Special Operations Chief Edward Gallagher, who has pleaded not guilty to killing the prisoner in 2017 and to sniping at and wounding an elderly civilian and a girl.

Craig Miller testified that he reported the stabbing to an officer but didn’t pursue a more formal complaint until months after returning from deployment. He also acknowledged that he never tried to photograph or document the killing.

The defense claims the allegations were cooked up by Gallagher’s disgruntled colleagues.

More former Navy SEALs are expected to take the stand on Thursday. 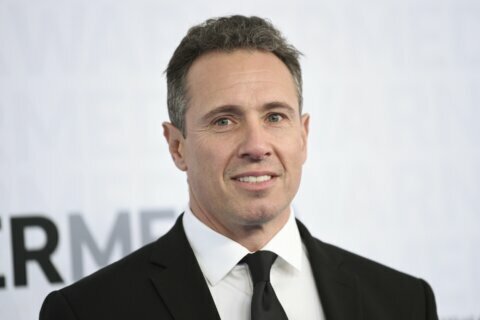