The Latest: Diesel fuel spilled in NV derailment; no hazmat

WELLS, Nev. (AP) — The Latest on a train derailment that closed U.S. Interstate 80 in northeast Nevada for more than an hour (all times local):

The Union Pacific Railroad says a small amount of diesel fuel was spilled along with some aluminum oxide when a train derailed in northeast Nevada but no hazardous materials were released.

Spokeswoman Kristen South said Wednesday the train was carrying some military ammunition when approximately 23 cars derailed at about 10 a.m. in the high desert about 340 miles (550 kilometers) east of Reno.

She says none of the cars that derailed carried hazardous material. No one was hurt.

South says she doesn’t know when the cleanup will be completed or the rail route will reopen along Interstate 80 connecting Reno to Salt Lake City. She says the cause of the derailment is under investigation.

The Union Pacific Railroad says it is investigating the cause of the derailment of a freight train in northeast Nevada that briefly shut down Interstate 80 near the Utah line.

Union Pacific spokeswoman Kristen South confirms military ammunition and hazardous materials were on the train that derailed at about 10 a.m. Wednesday in the high desert near the rural community of Wells about 340 miles (547 kilometers) east of Reno.

But she says no ammunition or hazardous material was on any of the cars that derailed.

She says Union Pacific is has begun cleanup but there’s no immediate estimate on when rail traffic will resume on the line that runs along the interstate between Reno and Salt Lake City.

No one was injured. I-80 was shut down for about an hour but reopened at about noon after emergency crews determined there was no danger.

Authorities say cars carrying military munitions on a train headed west toward a Nevada Army depot were not among the cars that derailed near U.S. Interstate 80 not far from the Utah-Nevada state line.

No injuries were reported following the derailment about 10 a.m. Wednesday about 3 miles (4.8 kilometers) east of the desert community of Wells. That’s between Salt Lake City and Reno, Nevada.

The interstate was closed for about an hour while emergency crews checked for possible spilled hazardous materials. It reopened shortly after noon.

The Nevada Highway Patrol says nine flat cars, two tankers and three box cars derailed, and a plume of white aluminum oxide was released. The powder was described as a mild skin irritant skin irritant, but not a hazardous material.

A 60-mile (96-kilometer) stretch of U.S. Interstate 80 in northeast Nevada has reopened after a train derailment caused a potential hazmat scare.

The interstate was closed at about 11 a.m. Wednesday from Wells to West Wendover along the Utah state line while emergency crews checked for any potential spill of hazardous materials. It reopened shortly after noon.

There have been no reports of injuries.

The sheriff’s office says 22 rail cars were involved in the derailment.

Authorities are continuing to investigate whether any hazardous materials were aboard the train.

A 60-mile stretch (96 kilometers) of U.S. Interstate 80 in northeast Nevada has been closed while emergency crews respond to a train derailment. Authorities were investigating whether any hazardous materials were aboard the train.

There’s been no immediate report of injuries.

Nevada Department of Transportation spokeswoman Meg Ragonese says the interstate was closed along the Utah state line shortly after the derailment was reported at about 11 a.m. Wednesday.

A dispatcher at the Elko County Sheriff’s Office says rail cars containing military munitions are on the train, but not near the site of the actual derailment.

Beshear condemns rally where he was hung in effigy 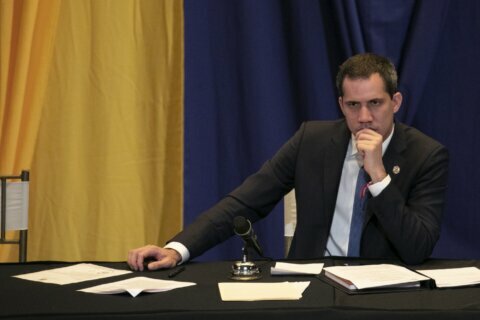