Review: Jarmusch’s zombies aren’t as sexy as his vampires

Six years ago, Jim Jarmusch made a movie about vampires. “Only Lovers Left Alive” was beautifully textured, ingeniously detailed and intoxicatingly moody. Plus it had the sexiest vampire couple you’d ever meet — Tilda Swinton and Tom Hiddleston, the latter of which hated humans and referred to them as “zombies.”

Now Jarmusch has made an actual zombie movie, and sorry to say, they’re a lot less sexy. In fact they’re pretty standard-issue zombies, straight from any zombie movie you’ve seen before, not to mention the “Thriller” video.

This isn’t to say “The Dead Don’t Die” , a hipster zombie comedy if ever there was one, has nothing going for it. Jarmusch’s cast is a veritable embarrassment of riches: Bill Murray, Adam Driver, Chloë Sevigny, Steve Buscemi, Tom Waits, Danny Glover, Selena Gomez, Rosie Perez and Iggy Pop, for starters.

It’s also drily funny, and raises the director’s deadpan aesthetic to a new level of, well, dead (or undead). “This strange film,” Jarmusch has called it affectionately, and that it is — but couldn’t it have been much more? It’s a trifle compared to much of his other work, and with all that talent, you wish the aim had been a bit higher.

Still, if you’re a Jarmusch fan, you’ll surely have a good time — especially when things get really zany and the fourth wall comes tumbling down, in a way that perhaps only he can pull off.

The locale is a small town called Centerville, population 738 and “a real nice place,” according to the roadside welcome sign. It’s the kind of town where there’s one gas station, one diner, one police station — and three cops.

That would be the chief, Cliff (Bill Murray, at peak Murray-ness), Ronnie (Driver, the true master of deadpan here), and Mindy (Sevigny, a nervous Nellie in nerdy glasses).

As we begin, Cliff and Ronnie are investigating a stolen chicken claim lodged by the town’s resident racist farmer (Buscemi) against its resident hermit in the woods (Hermit Bob, aka Jarmusch stalwart Tom Waits). But it soon becomes clear that something more serious is happening.

Wristwatches stop working. Daylight is refusing to cede to darkness. Cell phones fail. “This isn’t going to end well, Cliff,” says Ronnie, a line he will utter more than once.

Also, pets are running away. What do they know that their humans don’t? There are some clues on the news (Rosie Perez plays a newscaster named Posie Juarez), with talk of the scourge of “polar fracking,” which is causing the earth to shift on its axis — but hey, the politicians say, it’s creating jobs. (This is as close as we come to a political message.) At a juvenile detention center, one kid immediately grasps the gravity of the axis-shift thing: it could be the end of the world.

And then the dirty hands start popping out of the graves. The first attack is at the diner, where two unfortunate workers are cleaning up. The first two zombies (Iggy Pop and Sara Driver, Jarmusch’s partner) unleash some disgusting havoc, feasting on human innards, until they spot something better.

“Coffee!” they gurgle, guzzling up the stuff. It seems these zombies gravitate toward things they liked when alive. (One zombie — the delightful Carol Kane — can’t stop saying “Chardonnay.” Others chant “Wi-Fi” and “Siri.”)

The cops remain clueless for a long while, at least the chief. As for Ronnie, “I’m thinkin’ zombies,” he says. “You know, the undead. Ghouls.” Meanwhile at the funeral home, mortician Zelda (Swinton) realizes the corpses she’s prettifying in multicolored makeup are suddenly waking up. Nothing phases Zelda, though. “I am confident in my ability to defend myself against the undead,” she declares in her Scottish brogue. (When you see her samurai skills, you’ll agree.)

We also have a young hipster trio, led by Zoe (Gomez, a newbie to the Jarmusch universe, but underused here), unfortunate enough to be visiting Centerville at the wrong time. As Ronnie would say, this isn’t going to end well.

Speaking of Ronnie, Cliff wonders at one point why he seems, well, to know everything that’s going to happen. It would probably amount to a spoiler to elaborate on this.

Filmmakers are forever finding new ways of depicting a zombie apocalypse — last year, we even had a charming zombie Christmas musical. Now we have Jarmusch’s take, and while it’s a nice way to spend just short of two hours, it seems he could have sucked a little more out of those dusty old graves.

“The Dead Don’t Die,” a Focus Features release, is rated R by the Motion Picture Association of America “for zombie violence/gore, and for language.” Running time: 105 minutes. Two and a half stars out of four. 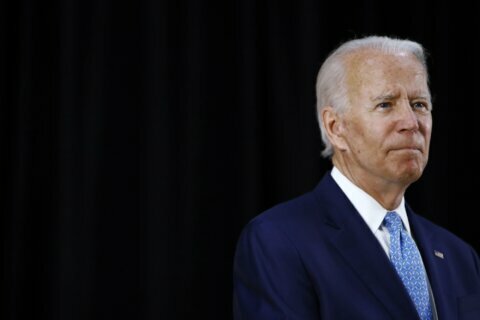 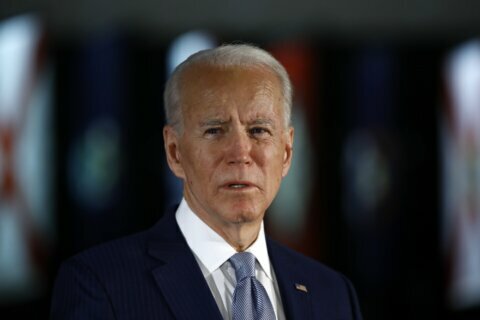 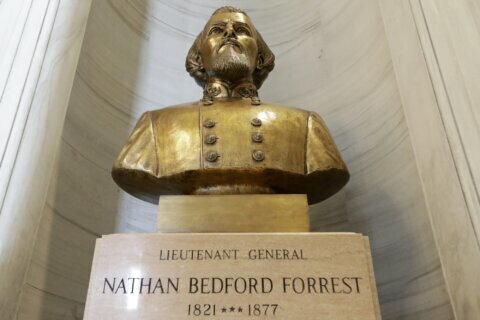