What a spell for sentient toys. A week after the child-crafted plaything Forky found life in “Toy Story 4” and Chucky was reborn in “Child’s Play,” the evil vintage doll of the “Conjuring” spinoff series “Annabelle” is back, too, in “Annabelle Comes Home.” Surely, a tea party must be in the offing.

If movie theaters are starting to feel as cluttered as a kid’s play room, that pileup is nothing compared to the growing collection of movies from the extended Conjuring-verse. There have been eight films in the franchise in the last six years, with offshoots for “The Nun” and “The Curse of La Llorona.” Demonic forces turn out to be like Russian dolls. Open one up and out tumbles a trilogy.

Almost as a rule, the “Conjuring” movies are slavishly devoted to horror clichés, and it can feel like they’re simply going down a list: Creaking doors, check. Possessed playthings, check. Lots of crosses, check. How about a ghoulish bride? You got it. They collectively worship at the altar of William Friedkin’s “The Exorcist,” aping both its Catholic hokum and title font. These are proudly old-school movies composed of simple frights and legit craft.

They are also, for better or worse, almost comforting horror movies, safely sealed in a trope-filled movie world that doesn’t, like Jordan Peele’s films, claw at our own. That’s especially true of screenwriter-turned-director Gary Dauberman’s “Annabelle Comes Home,” which echoes as much with sincerity as it does screaming. It’s less scary than spooky, and you almost feel as though if these movies keep going, eventually Scooby and the gang are going to solve one of these mysteries.

But for now we still have the central demonologists of the movies, Ed and Lorraine Warren (Patrick Wilson and Vera Farmiga). They have a calming presence over the whole ordeal. So versed are they in the supernatural that they don’t bat an eye when the clocks start speeding backward or the cemetery dead appear in their headlights.

That’s more or less how “Annabelle Comes Home” begins. The Warrens are driving home when it dawns on them that the doll they’ve just acquired — which got not one but two origin stories in “Annabelle” and “Annabelle Creation” — is a kind of beacon for evil. When they get to their Connecticut split-level, they put Annabelle behind glass in their locked room of artifacts, a collection of so much haunted stuff that it’s blessed weekly by a priest.

But for much of “Annabelle Comes Home,” Ed and Lorraine are out of town, leaving their 10-year-old daughter Judy (Mckenna Grace) in the hands of her teenage baby sitter Mary Ellen (Madison Iseman). Judy is a sweet young kid who has inherited some her mother’s spirit senses but, due to her parents’ reputation, is shunned by many of her classmates.

She and Mary Ellen are having a fine time together, but trouble comes in the form of Mary Ellen’s friend, Daniela (Katie Sarife), who shows up uninvited and mischievously curious about the Warrens’ work. She’s also hiding her own grief, having recently lost her father in a car accident. Yearning for some connection to what’s beyond the grave, she’s drawn intractably to the locked room and, naturally, to Annabelle.

You can pretty much guess how things go from there. Pandora’s box gets opened and the three girls suddenly find themselves in a haunted house teeming with all manner of terrors. Dauberman, making his directing debut after scripting the previous “Annabelle” films and the hit Stephen King adaptation “It,” patiently lets things unspool, soaking up the night’s dim and foggy atmosphere and the ’70s wallpaper while steadily increasing the number of jump scares.

What makes “Annabelle Comes Home” rise above its well-trod narrative are the actresses and Dauberman’s sensitive attention to each of them. Grace, in particular, is a standout with an obvious maturity beyond her years. And Sarife artfully combines a teenager’s rebelliousness with heartache.

It’s never much in doubt how things will turn out. The evil will, once again, be “contained.” That’s what makes “Annabelle Comes Home” and some of its “Conjuring” ilk oddly soothing. “All the evil in here reminds me of all the good out there,” Lorraine says of the Warrens’ room of artifacts. But she’s also articulating the underlying heart and ethos of these horror films. I’m not so sure. Out here, it takes more than a display case and a prayer to lock evil away.

“Annabelle Comes Home,” a Warner Bros. release, is rated R by the Motion Picture Association of America for horror violence and terror. Running time: 120 minutes. Two and a half stars out of four. 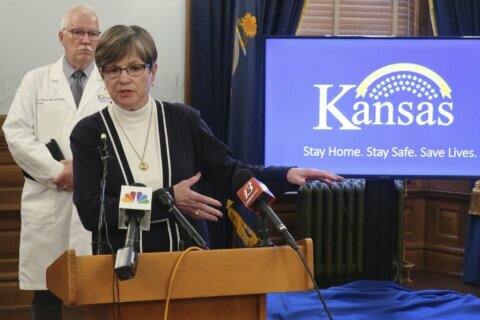 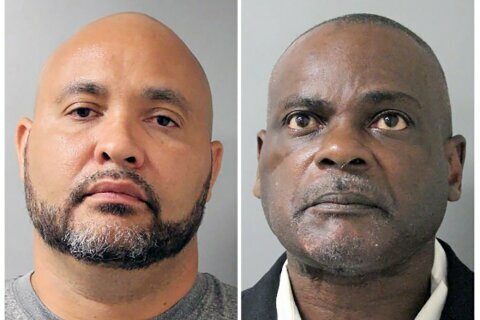