PORTLAND, Maine (AP) — A man accused of placing a gun against the neck of a sheriff’s deputy and pulling the trigger was convicted of murder Tuesday after a trial that focused on the defendant’s drug-addled state of mind.

Both sides agreed that defendant John Williams fired the shot that killed Cpl. Eugene “Gene” Cole last year in Norridgewock. The defense claimed Williams was sleep-deprived and strung out on cocaine and heroin, but the prosecution argued Williams knew exactly what he was doing.

“Nobody really wins today. It doesn’t bring Gene back. But it is a little bit of closure for us,” he said.

Cole, 61, was the first law enforcement officer to be killed in the line of duty in nearly 30 years in Maine.

Deputy Attorney General Lisa Marchese told jurors Tuesday that Williams was angry and resentful over his girlfriend’s arrest days earlier and wanted to avoid going to jail himself when he shot Cole at point-blank range. She said she’d seek the maximum penalty, life in prison.

Defense attorney Verne Paradie, who intends to appeal the verdict, contended Williams’ drug use and lack of sleep left him too impaired to form the intent to kill Cole. Williams shot Cole simply to escape the situation and avoid going to jail, and expressed surprise about his actions afterward, he said.

The defendant was “acting on adrenaline and instinct” when he pulled out his gun, flipped off the safety and fired, Paradie told jurors.

Williams confessed that he “eliminated” the deputy after being beaten and taunted during his arrest several days after the killing, Paradie said. He had been hiding in the woods, was emaciated and was suffering from drug withdrawal.

But she urged them to separate the arrest from William’s actions. She said there’s no doubt Williams knew what he was doing.

“He made a decision at the moment in time to kill Cpl. Cole, and he did. He did what he set out to do,” she said.

Cole slipped and fell to the ground, and his gun remained in its holster, before a single gunshot hit him in the neck, just below his skull, severing his spinal cord and killing him almost instantly, Marchese said.

For a murder conviction, the prosecution had to show that Williams either intended to kill the deputy or shot him knowing he’d almost certainly die.

Williams wanted to avoid jail at all costs but was unable to think things through in that instant, Paradie said.

Cole, who lived in Norridgewock, was known for treating people humanely.

Some of the 3,600 people who attended his funeral wore T-shirts quoting the Bible verse that included the phrase “blessed are the peacemakers.” 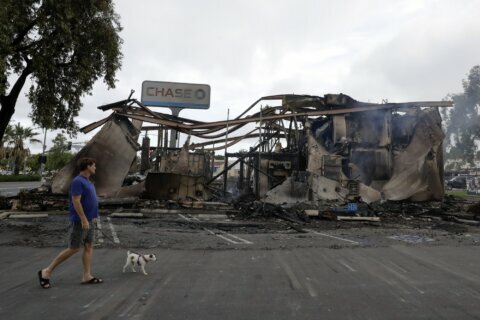