ATLANTA (AP) — Georgia is shifting its presidential primary to late March, leaving the group of states that vote on…

ATLANTA (AP) — Georgia is shifting its presidential primary to late March, leaving the group of states that vote on Super Tuesday.

The primary has been set for March 24, three weeks after Super Tuesday is held on March 3, which Georgia has joined in past election cycles.

The date announced Wednesday by Georgia Secretary of State Brad Raffensperger could relegate Georgia voters to a less influential position in deciding each party’s nominee.

But it will also give state and county election officials a bit of breathing room in a tight timeline to replace the state’s outdated touchscreen voting machines. New touchscreen machines are in the process of being acquired and a vendor has yet to be selected.

Officials did not specify how they would handle the timing discrepancy.

Muscogee County elections director Nancy Boren said in an interview that having a date set allows her to complete crucial preparations like reserving polling locations and scheduling poll workers.

“Having that date certain allows us to complete preparations that we have already started,” Boren said.

The decision to set a date marks a reversal for the secretary of state’s office, which had previously said it would not set one until a vendor for the new voting machines had been selected.

“Until a vendor has been chosen — and until a specific implementation plan is designed to distribute Georgia’s new voting machines — we will not set a date for the 2020 presidential preference primary,” Deputy Secretary of State Jordan Fuchs said recently, according to the Atlanta Journal-Constitution.

But county election officials worried that not having a date set could complicate preparations.

Reached by phone Wednesday, Fuchs asked that questions be emailed to the secretary of state office’s spokewoman, Tess Hammock, who did not immediately respond. 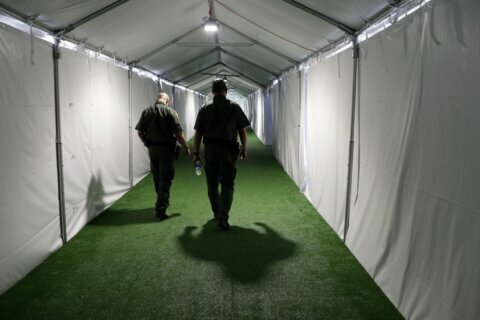