Stephanie Grisham, who has been with the Trumps since 2015, will also take on the role of White House communications director.
Listen now to WTOP News WTOP.com | Alexa | Google Home | WTOP App | 103.5 FM

Grisham is one of the few campaign officials still at the White House and is someone the president trusts.

“Stephanie has been with me from the beginning, as most of you know,” Trump told reporters during an unrelated White House event. “And then over the last couple years she’s worked for the first lady, done a fantastic job. The first lady loves her, thinks she’s been, you know, just incredible. She’s very talented.”

In addition to becoming White House press secretary, Grisham will also take on the role of White House communications director, a strategic and forward-looking role that has been vacant since March, when former Fox News Channel executive Bill Shine departed.

Grisham will be introduced to the demands of her new role when she travels with Trump to Japan and South Korea on a five-day trip that includes the president’s highly anticipated meetings with the leaders of China and Russia.

The first lady tweeted the news of Grisham’s promotion, saying she “can think of no better person to serve the Administration & our country.”

Grisham started in the White House as a deputy press secretary in the West Wing but within months had relocated to the East Wing, where first ladies are based, after she was tapped to oversee communications for Mrs. Trump, whom Grisham will continue to serve.

“Excited to have Stephanie working for both sides of the @WhiteHouse,” Mrs. Trump said.

Grisham will be the fourth woman to hold the title of White House press secretary when she officially takes over on July 1.

Sanders, whose last day at the White House is Friday, will be remembered mostly for ending daily White House briefings and sparring with reporters. Trump seemed to suggest relations would not be as contentious under Grisham. He did not indicate whether briefings will resume.

“She actually gets along with the media,” the president said of Grisham. She accepted the job after he offered it to her Tuesday morning, he said.

Grisham is a known quantity among White House reporters who covered the campaign, where she functioned as a press aide or “wrangler” — the staffer who travels with the media and helps lead journalists where they needed to be for events.

But like Sanders, Grisham has delivered her fair share of jabs at the news media in defense of the first lady.

In April, she criticized the Daily Mail for publishing a story about the wind messing up the first lady’s hair as she arrived at Fort Bragg, North Carolina, tweeting, “This display of liberal media bias undermines all who serve.” A month earlier, Grisham had targeted CNN for its story about the types of foods the first family likes to eat. The CNN report was based on the first lady’s comments at a public event in Las Vegas.

She earned Mrs. Trump’s trust over the past two years as they weathered reporting about hush-money payments by the president’s one-time attorney to women who alleged long-ago extramarital affairs with Trump, and the first lady’s nearly monthlong disappearance from the public eye in 2018 after she was hospitalized for kidney surgery. Trump has denied the extramarital relationships.

Ari Fleischer, who was press secretary for President George W. Bush, said juggling three jobs is too much for one person and noted that Trump prefers to speak for himself and handle his own communications, which is widely believed to be a key factor in the disappearance of daily White House briefings.

“No one on the Trump staff has yet to truly do that job,” Fleischer said in an email.

Grisham had no comment Tuesday and her intent toward the daily briefings remained unclear. Fleischer said he hoped the question-and-answer sessions will resume, even if they are no longer televised.

Before joining Trump’s campaign in 2015, Grisham, an Arizona native, worked in Republican politics in her home state as a spokeswoman and communications adviser for elected officials facing scandals.

She was the press aide to the then-speaker of the Arizona House, David Gowan, when he set off a contentious fight with journalists over access to the House chamber in 2016. Gowan abruptly shifted a decades-old policy and barred reporters from the House floor unless they submitted to extensive criminal and civil background checks. He reversed course after an outcry from journalists, the public and other lawmakers.

Grisham also handled press for then-Attorney General Tom Horne when a former staffer alleged that Horne and his senior aides, including Grisham, essentially ran his 2014 reelection campaign out of his official office while paid by taxpayers.

Grisham aggressively defended Horne, denying that his staff had violated laws that ban campaigning on the public’s dime.

Horne’s campaign agreed in 2014 to pay a $10,000 fine. Independent investigators found in 2017 that Grisham and other aides broke the law but recommended no criminal charges. 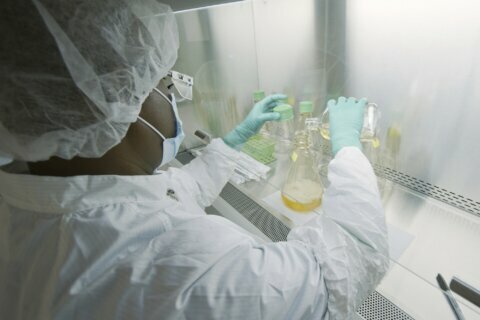