NEW YORK (AP) — A narcotics agent accused of betraying his badge applied for a job with the U.S. Drug Enforcement Administration, so he and a leader of a murderous drug-trafficking ring would become “unstoppable,” prosecutors said in new court filings.

Fernando Gomez, who is awaiting trial in New York on conspiracy charges, became a DEA agent in 2011 after years of serving as a police officer outside Chicago.

He has pleaded not guilty to conspiring to distribute cocaine and smuggling firearms to members of La Organizacion de Narcotraficantes Unidos, or La ONU, a drug-trafficking enterprise in Puerto Rico that prosecutors say slaughtered its rivals and exported hundreds of kilograms of narcotics to New York City.

In a court filing this month, federal prosecutors offered new details about the charges, accusing Gomez of becoming a criminal associate of the gang while he was still in the Evanston Police Department, where he worked between 2004 and 2011.

Prosecutors said Gomez grew up in Puerto Rico and had been a close friend of a La ONU member who safeguarded stash houses. Prosecutors allege that, as a police officer, Gomez would obtain weapons from criminal suspects in exchange for not arresting them.

“For example, on one occasion, Gomez found a target with a large quantity of marijuana but did not arrest the target or seize the drugs because the target agreed to provide Gomez with a gun,” prosecutors wrote.

Messages seeking comment were left with Gomez’s defense attorney and a DEA spokeswoman.

Gomez is accused of providing firearms to Jose Martinez-Diaz, who, along with several other defendants, is accused of conspiring to smuggle large quantities of cocaine from Puerto Rico to New York.

Gomez also allegedly picked up $45,000 in drug money in the Boston area and transported it to Puerto Rico, receiving $5,000 for his efforts.

Then, thinking bigger, Gomez applied for a job at the DEA in 2010.

“Martinez-Diaz and Gomez decided that Gomez should apply to the DEA in order to better assist Martinez-Diaz,” prosecutors wrote in the filing. “Gomez said that once he joined the DEA, he and Martinez-Diaz would be ‘unstoppable.'”

During the DEA’s screening process, Gomez, informed an investigator he was “unaware of any associates having involvement in criminal activities,” the prosecutors wrote.

After he got the job as an agent, prosecutors said Gomez divulged the DEA playbook to La ONU, helped drug-traffickers evade law enforcement and even accessed DEA files on the drug ring’s behalf.

Gomez was arrested in December at the DEA’s Chicago field division. He’s scheduled to stand trial in September in U.S. District Court in Manhattan. 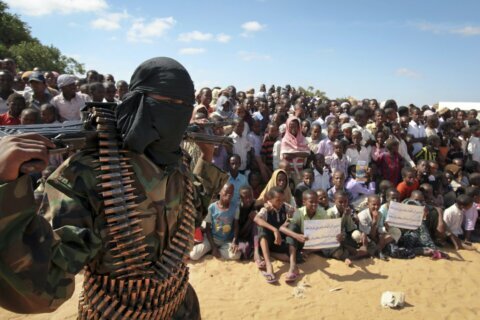 US focused on disrupting finances for Somalia’s al-Shabab

Blowout US economic growth in summer is already fading