NEW YORK (AP) — Julian Castro is the latest Democratic presidential contender to follow the trend of criticizing Fox News Channel while appearing on the network for a town hall.

The former Housing secretary’s scolding of Fox on Thursday for its coverage of Hillary Clinton was mild compared to recent attacks by Pete Buttigieg and Kirsten Gillibrand. But it drew an answer from moderator Bret Baier.

The exchange illustrated the strong feelings Fox generates among many Democrats for its commentators’ support of President Donald Trump, and the pressures faced by candidates who choose to engage with the network. The Democratic National Committee has said it won’t sponsor a debate on Fox, and Elizabeth Warren has refused an invitation to appear there. She called Fox News a “hate-for-profit racket.”

Despite that, five candidates — including Bernie Sanders and Amy Klobuchar — have recognized Fox’s reach and accepted invitations. Sanders’ April 15 appearance on Fox was seen by 2.55 million people, the largest audience for a town hall or extended interview so far this campaign. That’s nearly twice the number of people who watched him on CNN on Feb. 25.

“I certainly understand the reservations many people have about the Fox News organization,” Castro told The Associated Press. “At the same time, I’m determined to be a president for everyone, and that means campaigning in front of everyone, including people who don’t agree with me.”

The topic of Trump’s statement to ABC News about potentially accepting foreign help for his 2020 campaign was broached with Castro Thursday when Baier compared Trump’s comments to those of a former Clinton campaign spokesman who suggested he’d be interested in spreading around a dossier of information on Trump compiled by a former British intelligence officer. Baier wondered if a double standard was at work.

“I don’t understand why this network and in so many conservative circles, people are still talking about Hillary Clinton,” Castro said. “Hillary Clinton is not on the ballot. Those of us who are running are on the ballot. And I can tell you … those of us who are running want to focus on the issues that are important to Americans and their families.”

Baier noted that there is an active investigation into how information about Trump began circulating.

It didn’t quite match the fireworks generated on June 2 when Gillibrand talked about the “red herring” discussion on Fox about infanticide shortly before Trump gave his State of the Union speech, where she was interrupted by moderator Chris Wallace.

“I understand that maybe to make your credentials with Democrats who are not appearing on Fox News, you’re going to attack us,” Wallace said. “I’m not sure, frankly, that it’s very polite. We’ve invited you to be here.”

Responded Gillibrand: “I will do it in a polite way.”

Two weeks earlier, Buttigieg noted that many people in his party opposed his appearance on Fox News. He criticized the network’s opinion hosts Tucker Carlson and Laura Ingraham for remarks they had made about immigration in recent months.

“There is a reason why anybody has to swallow hard and think twice about participating in this media ecosystem,” Buttigieg said.

He drew pushback the next day from Fox personalities. Brian Kilmeade of “Fox & Friends” said he shouldn’t badmouth the network’s hosts. “If you feel that negative about it, don’t come.”

Fox has no further town halls scheduled presently, as attention turns to the first debate later this month in Miami, to be televised on NBC News. The network had no additional comment on the candidate critiques.

Whether to engage with or ignore Fox is a still-unresolved argument among Democratic candidates. The candidates who choose to engage undoubtedly hope it shows they’re willing to go unexpected places to seek votes, Democratic strategist Karen Finney said. Talking tough about the network’s practices illustrates they’re aware of what the network puts on its air.

“Part of the hope is that it says to viewers that ‘I believe you’re important and it’s important to hear the other side,'” said Finney, a former Democratic National Committee spokeswoman.

The liberal watchdog Media Matters for America has urged Democratic candidates to stay away from Fox, arguing the appearances helped the network at a time it was vulnerable following the Democrats’ decision not to hold any of its debate on the network.

“When they go there and criticize the network, they’re actually legitimizing the validity of our core critique,” said Angelo Carusone, Media Matters president.

If candidates want to reach out to Fox viewers, criticizing the network doesn’t help, he said. Neither do the attacks Fox personalities will heap on them after they leave the studio, he said.

Some numbers are hard for candidates to ignore: Klobuchar reached 1.61 million viewers for her Fox town hall and 1.15 million for one of CNN, the Nielsen company said. Gillibrand’s audience was 834,000 on Fox and 507,000 on CNN. Buttigieg’s audience was slightly larger on CNN — 1.18 million versus 1.11 million on Fox. 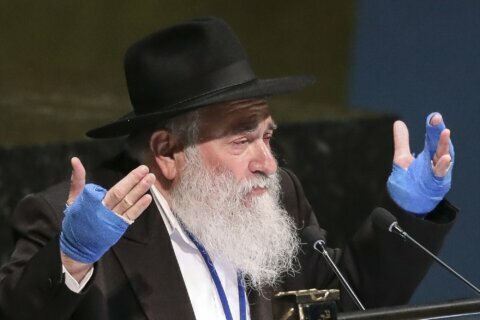 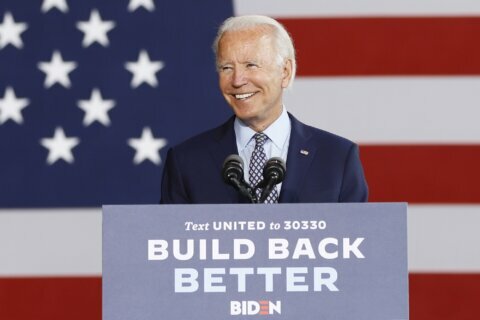 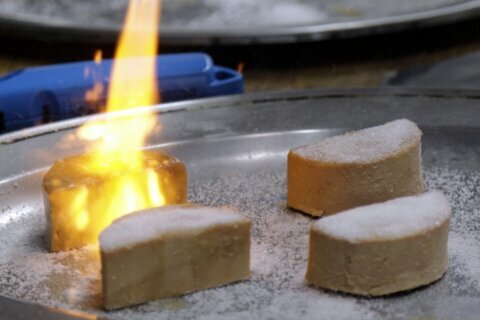