ATLANTA (AP) — A Georgia prison guard who recently converted to Islam says the state Department of Corrections won’t allow her to wear a hijab at work.

The Atlanta Journal-Constitution reports 25-year-old Rogers State Prison corrections officer Jalanda Calhoun has filed a discrimination complaint against the agency with the state Commission on Equal Opportunity. Calhoun says she started wearing a hijab at the Reidsville men’s prison and was asked to stop several weeks later.

Calhoun says she received a letter from prison Warden Linton Deloach that said her hijab didn’t meet agency standards. She says Deloach suggested she instead wear an agency cap and expressed concern about being able to identify her. She says he also said contraband could be concealed in the scarf.

Information from: The Atlanta Journal-Constitution, http://www.ajc.com 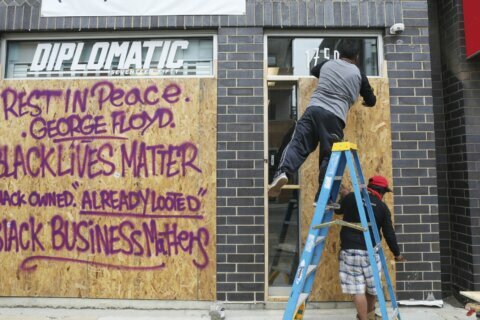