Federal authorities say a man accused of killing one hiker and severely injuring another on the Appalachian Trail in Virginia had earlier acted "unstable" and allegedly threatened to pour gasoline on their tents and burn them to death.

For the past couple of weeks, hikers along the Appalachian Trial had been warning each other about a hiker who was threatening other hikers with a large knife.

The man, who used the trail nickname of “Sovereign,” was arrested in Tennessee last month after some hikers reported him to authorities. But he was released after pleading guilty to possession of marijuana and other minor charges.

Over the weekend, matters turned deadly in southwestern Virginia, where he is accused of stabbing one hiker to death and seriously injuring another.

James Jordan, 30, of West Yarmouth, Massachusetts, is charged with murder and assault with intent to commit murder. During his initial appearance Monday in U.S. District Court in Abingdon, Virginia, a judge ordered him to be held in custody and to undergo a psychiatric evaluation.

Jordan had repeatedly threatened four hikers late Friday and early Saturday before attacking them, according to federal authorities.

An FBI agent said in an affidavit filed in court that when Jordan initially approached the hikers he was acting in a “disturbed and unstable” manner while playing a guitar and singing. Later that night, Jordan began randomly approaching the hikers’ tents, making noises and threatening them.

“Jordan spoke to the hikers through their tents, and threatened to pour gasoline on their tents and burn them to death,” FBI Special Agent Micah Childers wrote in the affidavit.

Fearing Jordan, all four hikers decided to pack up and leave their campsite. Two of them were chased by Jordan as they tried to leave, but managed to escape by turning off the lights they had strapped to their heads and veering off the trail into the woods, said Sheriff Thomas Roseberry of Bland County, Virginia, whose deputies interviewed the couple after they walked off the trail to report the incident.

“They described this guy as talking crazy and following them down the trail,” he said.

She remained hospitalized Monday. Her condition could not immediately be determined.

Authorities did not release the names of the victims. The attacks took place where a 1-mile (1.6-kilometer) length of the trail passes through Wythe County. Jordan was arrested and taken into custody by deputies with the Wythe County Sheriff’s Office.

Brian King, a spokesman for the Appalachian Trail Conservancy, said that at this time of the year the section of the trail in southwestern Virginia is usually packed with hikers making their way along the entire 2,100-mile length of the trail, from Georgia to Maine.

“We give a lot of safety advice, which people tend to follow, but with someone with an intent to do evil, how do you guard against that?” King said.

Sheriff Mike Hensley of Unicoi County, Tennessee, said he and his deputies did everything they could to keep Jordan locked up after he threatened hikers there and in other communities along the trail last month.

Hensley said hikers called his office in late April and said a man was threatening them and said: “It’s going to be a bad day for hikers on the trail.” He said he sent officers to the trail location described by the hikers, but the man was no longer there.

The next day, some other hikers complained about a man threatening them. Hensley said his officers found Jordan, who was intoxicated, and gave them a fake name and a fake identification. He was arrested and charged with possession of marijuana and drug paraphernalia and criminal impersonation.

Jordan pleaded guilty to the charges and was later released. Hensley said the judge ordered Jordan not to return to the Appalachian Trail, but he was not charged with assault because none of the hikers were willing to testify in court.

“The fact is nobody wanted to step up to the plate and press charges,” Hensley said. “They were on the trail walking and they didn’t want to come back — they told my investigators that.”

“It’s just heartbreaking that this happened, and our prayers go out to the victims’ families and to this young girl that was stabbed,” he said. “I did everything that I could do. I did get this man off the trail. That’s all I could do.” 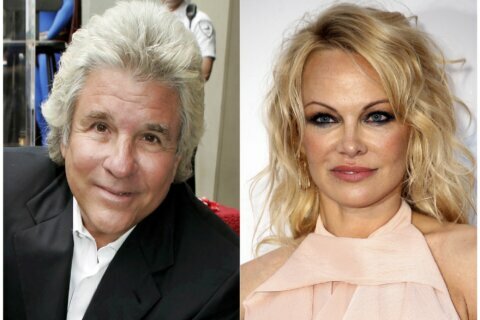 Boeing doesn’t expect Max jet to be cleared until summer