Barr expected to defend his handling of Mueller report

WASHINGTON (AP) — Lawmakers have a new line of inquiry to pursue when Attorney General William Barr testifies before the Senate Judiciary Committee.

Barr has been expected in Wednesday’s hearing to defend his actions surrounding the release of special counsel Robert Mueller’s Russia report.

But it emerged Tuesday night that Mueller has expressed frustration to Barr in a letter with how the conclusions of his investigation have been being portrayed.

The letter lays bare a simmering rift between the Justice Department and the special counsel about whether Barr’s summary of the report adequately conveyed the gravity of Mueller’s findings, particularly on the key question of obstruction.

The revelation is likely to sharpen attacks by Democrats who accuse Barr of unduly protecting the president and of spinning Mueller’s conclusions in Trump’s favor. 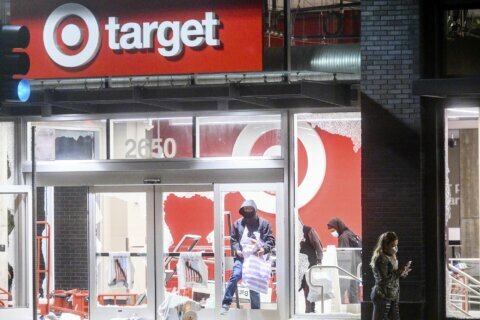 Protests force Target, CVS and Walmart to close some stores

State Patrol: Driver of semi that drove into Minneapolis highway march arrested, no protesters appear to have been hit