WASHINGTON (AP) — A House chairman on Monday subpoenaed former White House Counsel Don McGahn as Democratic leaders moved to deepen their investigation of President Donald Trump while bottling up talk among their rank-and-file of impeaching him.

Judiciary Chairman Jerrold Nadler was one of six powerful committee leaders making their case on a conference call with other House Democrats late in the day that they are effectively investigating Trump-related matters ranging from potential obstruction to his personal and business taxes.

House Speaker Nancy Pelosi urged divided Democrats to focus on fact-finding rather than the prospect of any impeachment proceedings after the damning details of special counsel Robert Mueller’s report.

Nadler and the other chairmen made clear they believe Trump did obstruct justice, according to people on the call who weren’t authorized to discuss it by name. McGahn would be a star witness for any such case because he refused Trump’s demand to set Mueller’s firing in motion, according to the report.

“The Special Counsel’s report, even in redacted form, outlines substantial evidence that President Trump engaged in obstruction and other abuses,” Nadler said in a statement released as the conference call got underway. “It now falls to Congress to determine for itself the full scope of the misconduct and to decide what steps to take in the exercise of our duties of oversight, legislation and constitutional accountability.”

The subpoena angered Republicans even as it functioned as a reassurance to impatient Democrats.

Rep. Doug Collins of Georgia, the top Republican on the Judiciary panel, pointed out that McGahn sat for 30 hours of interviews with Mueller and said Nadler was asking for some items that he knows cannot be produced.

Trump himself insisted he wasn’t worried.

“Not even a little bit,” he said when asked Monday whether he was concerned about impeachment. However, his many tweets seeking to undermine the report’s credibility indicate he is hardly shrugging it aside.

“Only high crimes and misdemeanors can lead to impeachment,” he said Monday on Twitter. “There were no crimes by me (No Collusion, No Obstruction), so you can’t impeach. It was the Democrats that committed the crimes, not your Republican President!”

On the other end of the scale, Pelosi’s approach disappointed some Democrats who are agitating for impeachment proceedings. According to her spokesman, Rep. Val Demings of Florida said she believed the House has enough evidence to begin the process.

McGahn was a vital witness for Mueller, recounting the president’s outrage over the investigation and his efforts to curtail it.

The former White House counsel described, for instance, being called at home by the president on the night of June 17, 2017, and directed to call the Justice Department and say that Mueller had conflicts of interest and should be removed. McGahn declined the command, “deciding that he would resign rather than trigger what he regarded as a potential Saturday Night Massacre,” the Mueller report said.

Once that episode became public in the news media, the president demanded that McGahn dispute the reports and asked him why he had told Mueller about it and why he had taken notes of their conversations. McGahn refused to back down, the report said.

Nadler’s announcement was one of several leadership moves aimed at calming a struggle among Democrats to speak with one voice about what to do in light of Mueller’s startling account of Trump’s repeated efforts to fire him, shut down his probe and get allies to lie.

After Mueller’s report was released last week, the most prominent of the Democratic freshmen, Rep. Alexandria Ocasio-Cortez of New York, signed on to Rep. Rashida Tlaib’s resolution calling for an investigation into Trump’s conduct and the question of whether it merits a formal impeachment charge in the House.

“Mueller’s report is clear in pointing to Congress’ responsibility in investigating obstruction of justice by the President,” Ocasio-Cortez tweeted.

On Monday, Pelosi’s letter made clear there was no Democratic disagreement that Trump “at a minimum, engaged in highly unethical and unscrupulous behavior which does not bring honor to the office he holds.” But she acknowledged the party’s officeholders have a range of views on how to proceed.

She counseled them repeatedly to go after facts, not resort to “passion or prejudice” in the intense run-up to the 2020 presidential and congressional elections. She is the de facto leader of her party until Democrats nominate a candidate to challenge Trump, so her words echoed on the presidential campaign trail.

“We all firmly agree that we should proceed down a path of finding the truth,” Pelosi wrote. “It is also important to know that the facts regarding holding the president accountable can be gained outside of impeachment hearings.”

As the conference call got underway, Nadler’s subpoena announcement was made public, an indication that the facts-first approach was moving ahead. Pelosi, calling from New York City, spoke briefly. Then she put a show of leadership force on the line — six committee chairmen, some of the most powerful people in Congress — to give more details, according to people on the call.

During a series of town hall events on CNN Monday night, several 2020 Democratic presidential candidates weighed in. Massachusetts Sen. Elizabeth Warren repeated her call for an impeachment vote, saying that if lawmakers believe the president’s actions were appropriate, “they should have to take that vote and live with it.”

Minnesota Sen. Amy Klobuchar said Trump should be held accountable, but she stopped short of calling for impeachment.

There’s more coming to keep Trump’s reported misdeeds in public. Congressional panels are demanding the unredacted version of the Mueller report and its underlying material gathered from the investigation. Attorney General William Barr is expected to testify in the House and Senate next week. Nadler has summoned Mueller to testify next month, though no date has been set.

In the face of the intense run-up to the 2020 election, Pelosi implicitly suggested Democrats resist creating episodes like the one in January in which Tlaib was recorded declaring the House would impeach Trump.

“We must show the American people we are proceeding free from passion or prejudice, strictly on the presentation of fact,” Pelosi wrote. 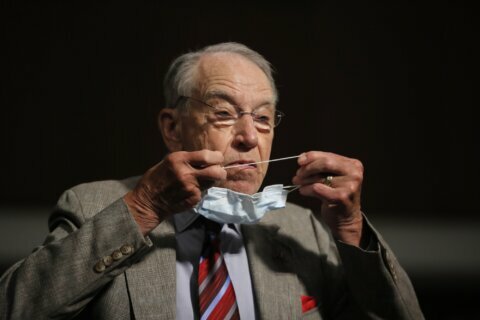 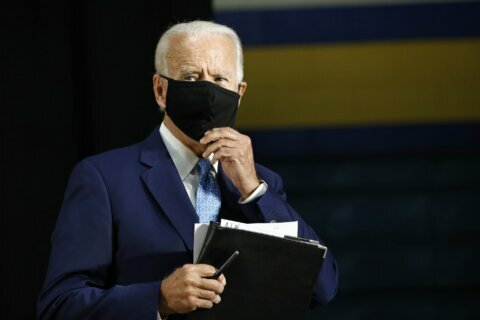