NATCHEZ, Miss. (AP) — In this city known for pre-Civil War mansions, a young mother shared a government-funded apartment with her three small children and a legion of cockroaches.

They lurked in the medicine cabinet, under the refrigerator, behind a picture on the wall. The mother nudged a bedroom dresser and more roaches skittered away as her 2-year-old son stomped on them.

It was home, sweet home for Destiny Johnson and her kids — until she got fed up and moved out last month.

Inspectors had cited the apartment complex with urgent health and safety violations for the past three years. Yet the federal government continued to pay Johnson’s rent at a property where a three-bedroom unit like hers can run $900 a month.

“I’m not asking for the best,” she told a reporter weeks before leaving, “but something better than this, especially for these kids.”

Health and safety inspection scores at taxpayer-funded apartments assigned to low-income tenants have been declining for years, typically with no serious consequences for landlords, an Associated Press analysis of federal housing data shows.

Johnson’s former apartment is one of nearly 160,000 at private properties with federal contracts that have failed at least one inspection since 1999. Nationwide data show the vast majority of failing inspections involved urgent violations. They can range from electrical hazards to rampant vermin to piles of garbage.

The U.S. Department of Housing and Urban Development subsidizes rents for tenants assigned to both privately owned apartments and public housing run by state or local authorities. Many in these 2.1 million households are disabled, elderly or single parents. As the nation’s biggest affordable housing provider, the federal government will spend about $18 billion this year for these two programs.

In 2015 alone, families living in subsidized housing reported at least 155,000 more cases of childhood asthma than expected if the rate were the same as for renters in other households, according to AP’s analysis of a national tenant survey. Medical studies tie asthma to mold.

Federal authorities acknowledge the long slide in inspection scores, which started a decade ago in the privately owned housing. They say in recent years they have been protecting tenants by reinspecting sites with surprisingly high scores and closely monitoring repairs.

“These older properties,” Housing and Urban Development spokesman Brian Sullivan said, “the private owners may not have the means to do needed repairs.”

Conditions have deteriorated so badly in many subsidized buildings that by the government’s own estimate it would take tens of billions of dollars to rehabilitate them.

Destiny Johnson lived with her children ages 1, 2, and 5, at Cedarhurst Homes on a dead-end street in Natchez, where Mississippi River trading and wealth built on slave plantations have yielded to inveterate poverty among a largely black population.

The heater in Johnson’s apartment didn’t work, so she was using the oven to keep warm until a stovetop fire last year. Johnson, 21, said she tried to use her fire extinguisher, but that didn’t work either, so she rushed to borrow one from a neighbor.

The oven still hadn’t been replaced several months later. Its door was tied closed with a bright pink cord.

In late March, she said, management finally provided a letter that let her move to a nearby subsidized complex with a better inspection record.

A former neighbor who still lives at the 30-unit Cedarhurst Homes, Whitley Williams, wanted to show a reporter and photographer her leaking water heater. The door to its closet was damp and swollen. She tried to heave it open, but the bottom scraped the floor and broke apart.

Her three children prefer to stay elsewhere, with her father.

Federal records list the site owner as The Columbia Property Group, which has managed or owned at least 66 federally contracted properties in Georgia, Florida and its home state of Mississippi.

The property earned inspection scores of 46, 53, and 54 out of a possible 100 from 2016 through 2018, federal data show. Any score up to 60 is now considered failing. At least three other Columbia Property Group sites have failed inspections since 2011, federal records show.

Federally subsidized private apartments, where tenants typically pay about a third of their income, fare worst in the South. Louisiana had the nation’s highest inspection failure rate at 12%, with Mississippi second at 10%.

Nationally, inspection scores at privately owned complexes like Cedarhurst Homes reached a peak of 90 in 2007 during the George W. Bush administration. Scores averaged 86 during Barack Obama’s two terms and 81 under President Trump as of June. AP’s analysis of historical trends uses data released in January. Since then, HUD has been revising its databases and released one that isn’t directly comparable and drops pertinent inspections.

Federal housing officials partly attribute the recent drop in scores to their crackdown on substandard repairs and inflated inspection scores . Under Trump, 92% of inspections found a violation, up from 85% under Obama and 77% under Bush.

Federal housing officials also say their new approach has driven up some scores as managers understand they must take repairs seriously.

In a March report , however, the Government Accountability Office told Congress that HUD’s inspection processes are outdated and need a thorough overhaul to ensure stronger oversight of building conditions.

And tenants in some buildings still complain that management hides problems from inspectors, covering cracks with duct tape, mold with a quick coat of paint, or even old junk with temporary partitions.

Michael Kane, executive director of the National Alliance of HUD Tenants, acknowledged the department has gotten tougher on inspections but said the decline in scores reflects continued deterioration of living conditions.

“As the buildings age, they develop certain kinds of problems. They didn’t have water leaks and mold at the beginning, but they sure … did 40 years later,” he said.

Federal officials acknowledge they must think hard before taking enforcement action that might shutter a property. The federal government ended most of its efforts to build new affordable housing in the 1980s, and private-sector financing for new construction has long been scarce.

Most failing sites get what amounts to a warning and multiple chances to correct violations.

“Yet what’s going to save these programs is aggressive enforcement,” says Linda Couch, a housing policy official at the elderly advocacy group LeadingAge.

Job cuts over decades have hobbled HUD’s enforcement efforts from within.

“You could walk around all the offices and see all the empty desks where people used to work,” said Merryl Gibbs, a lawyer who enforced anti-discrimination housing law before retiring from the department in 2016.

The Trump administration proposed deep cuts in department funding as recently as March, but Congress has resisted.

Spending for HUD’s main housing programs is expected to increase about 2% to nearly $40 billion this year, by AP’s calculation. The total includes a third program that gives vouchers to another 2.2 million households, letting tenants pick a unit on the private market.

Many housing advocates want more vouchers and incentives for private landlords to accept them. Others suggest increasing tax credits for construction and repairs, more federal staff and resources for better oversight, and more tenant participation in site improvements.

HUD Secretary Ben Carson has acknowledged a drastic shortage of low-cost housing and stressed the federal role. A physician by training, Carson has also pointed to the connection between residential mold and asthma.

That tie is supported in federal data. The share of U.S. households reporting mold was higher in subsidized rentals than other rentals, according to the latest data available from the American Housing Survey. Meanwhile, 13% of subsidized rental households reported at least one child with asthma, compared with 7% for other rentals. The differences hold even accounting for family size and poverty.

“We try and come up with solutions that don’t cost anything,” said Priya Jayachandran, a former senior administrator at HUD and now president of the National Housing Trust. “The answer is money.”

On a recent visit to Baltimore’s Rosemont Tower for elderly or disabled tenants, stairwells were littered with plastic caps for needles used to inject heroin.

Tenants in this federally funded public housing complained of bedbugs and mice. Signs saying “mandatory fire watch” alerted residents that the sprinkler system was broken, requiring a firefighter to stand watch around the clock.

A recurrent leak has sopped a prized Oriental rug and spread mold into the living room of Della Thomas.

“Every time there’s a real heavy rain, the ceiling gets a big bubble, and it starts to leak. They just kind of patch it up until the next time,” said Thomas, 64. She pointed to a plastic trash can, saying management provided it to catch drips.

To increase funds for repairs, however, the building will be converted to private ownership in coming months but remain subsidized housing, she said.

Inspectors gave the 200-unit high-rise a failing score of 25 in 2017. That jumped to 71 last year, according to the housing authority, though urgent violations and smoke detector problems persisted. A reinspection was planned for later this year.

Of 37 Baltimore public housing sites, 22 failed their last inspection, according to data from HUD and the housing authority.

“Steadily declining federal investment in public housing for more than a decade has taken a tremendous toll,” the city’s housing authority said in a statement.

Largely due to Baltimore’s blighted complexes, since 2013 Maryland had the country’s highest inspection failure rate for public housing at 32%. The District of Columbia was second at 29%. The national average was 10%.

Around the country, inspection scores at public housing have fallen under both Democratic and Republican administrations. Scores averaged 89 during Obama’s second term, dropping to 79 under Trump through March 2018.

HUD’s most recent estimate, from 2010, concluded that public housing needed about $25.6 billion in large-scale repairs and at least $3.4 billion more each year. That would have added up to well over $50 billion by now. Instead, Congress has restricted repair spending to $23.5 billion.

The federal government also has tried to avoid expensive takeovers.

HUD knew for years of broken appliances, pests, racial discrimination and other “deplorable conditions” at buildings run by the Alexander County Housing Authority in southern Illinois, according to the agency’s inspector general. It wasn’t until 2016 that department officials finally took control.

By then, they needed to close four complexes and relocate hundreds of residents. 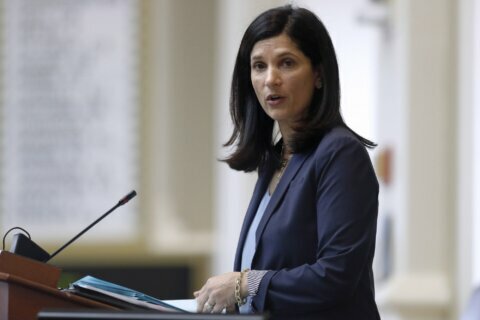