Parents who starved and shackled children sentenced to life

A California couple who for years starved a dozen of their children and kept some shackled to beds were sentenced to life in prison.
Listen now to WTOP News WTOP.com | Alexa | Google Home | WTOP App | 103.5 FM

RIVERSIDE, Calif. (AP) — The eldest son and daughter of a couple who starved and shackled 12 of their children spoke publicly for the first time Friday, alternately condemning and forgiving their parents before a judge sentenced the pair to up to life in prison.

Since being freed from their prison-like home more than a year ago, the two adult children of David and Louise Turpin described how they had gained control of their lives and, despite receiving little education at home, were now enrolled in college and learning simple things, including how to ride a bike, swim and prepare a meal. They are still thin from years of malnutrition.

“I cannot describe in words what we went through growing up,” said the oldest son, now 27. “Sometimes I still have nightmares of things that have happened, such as my siblings being chained up or getting beaten. But that is the past and this is now. I love my parents and have forgiven them for a lot of the things that they did to us.”

The hearing put an end to a shocking case that had gone unnoticed until a 17-year-old girl escaped from the home in January 2018 and called 911. Investigators discovered a house of horrors hidden behind a veneer of suburban normalcy.

The children — ages 2 to 29 — had been chained to beds, forced to live in squalor, fed only once a day, allowed to shower only once a year and deprived of toys and games. They slept during the day and were active a few hours at night.

As her children spoke from a lectern, 50-year-old Louise Turpin sobbed and dabbed her eyes with tissues.

“I’m sorry for everything I’ve done to hurt my children,” she said. “I love my children so much.”

Her husband, who was shaking and could not initially read from a written statement, let his lawyer speak for him until he regained his composure. He did not apologize for the abuse but wished his children well in with their educations and future careers and hoped they would visit him. He then began sobbing.

Jack Osborn, a lawyer representing the seven adult Turpin children, said they understand the consequences of their parents’ actions and are working hard toward forgiving them. Some plan to talk with their parents eventually, but others want no contact with them for 10 years.

The one who called police was a hero for liberating her siblings, Osborn said.

“Maybe but for that we wouldn’t be here today,” he said.

The sentence of life with no chance of parole for 25 years was no surprise. It had been agreed to when the couple pleaded guilty in February to 14 counts each that included torture, cruelty and false imprisonment.

The courtroom fell hushed as the oldest daughter, now 30, entered wearing a blue cardigan over a white shirt, her dark hair in a ponytail. Her eyes were already red from crying when she began to speak in the voice of a little girl.

“My parents took my whole life from me, but now I’m taking my life back,” she said, as her mother’s lower lip quivered trying to hold back the tears. “Life may have been bad but it made me strong. I fought to become the person I am. I saw my dad change my mom. They almost changed me, but I realized what was happening. I immediately did what I could to not become like them.”

There was no explanation from the parents or lawyers about why the abuse occurred, but a letter from one of the children read by an attorney hinted at a home life that veered from birthday celebrations and trips to Disneyland and Las Vegas to severe punishment and disarray.

“Through the years, things became more and more overwhelming, but they kept trusting in God,” the girl wrote “I remember our mother sitting in her recliner and crying, saying she don’t know what to do.”

She said her parents did not know the children were malnourished because they thought the children inherited a gene from their mother, who was small.

From the outside, the home in a middle-class section of Perris, a small city about 60 miles (96 kilometers) southeast of Los Angeles, appeared to be neatly kept, and neighbors rarely saw the kids outside, but nothing triggered suspicion.

But when deputies arrived, they were shocked to find a 22-year-old son chained to a bed and two girls who had just been set free from shackles. All but one of the 13 children were severely underweight and had not bathed for months. The house was filled with the stench of human waste.

The children said they were beaten, caged and shackled if they did not obey their parents. Investigators concluded that the couple’s youngest child, a toddler, was the only one who was not abused.

David Turpin, 57, had been an engineer for Lockheed Martin and Northrop Grumman. Louise Turpin was listed as a housewife in a 2011 bankruptcy filing.

The teenage daughter who escaped jumped from a window. After a lifetime in isolation, the 17-year-old did not know her address, the month of the year or what the word “medication” meant.

But she knew enough to punch 911 into a barely workable cellphone and began describing years of abuse to a police dispatcher.

Although the couple filed paperwork with the state to homeschool their children, learning was limited. The oldest daughter only completed third grade.

Referring to the restraints, the oldest daughter’s statement said her mother “didn’t want to use rope or chain but she was afraid her children were taking in too much sugar and caffeine.”

Life got more difficult after her mother’s parents died in 2016.

Her parents tried their best, “and they wanted to give us a good life,” she said. “They believed everything they did was to protect us.” 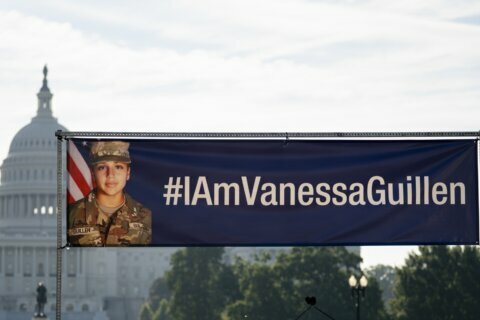 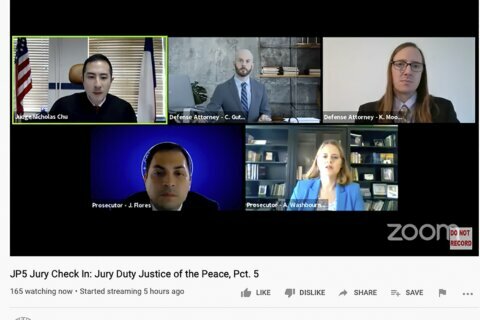