Trump adds $3.7B in support to finish 2 new nuclear reactors

The expansion of Plant Vogtle in eastern Georgia has fallen years behind schedule while its price tag has nearly doubled since the government approved two new reactors at the plant in 2012.

But Perry said the administration is determined to see the project finished despite the setbacks. He spoke Friday from the construction site in Waynesboro as a crane lowered a giant dome atop the containment building for housing one of the new reactors.

“The message that gets sent on this plant: America is back in the nuclear energy industry, folks,” Perry told a crowd of workers in hardhats. “We are back. We’re going to be leading the world.”

President Donald Trump has singled out both the country’s nuclear and coal industries for support from his administration, although the more politically influential coal sector has gotten most of the regulatory breaks so far.

The Green New Deal pushed by some Democrats has served to boost interest in nuclear power, which doesn’t emit greenhouse gasses that contribute to global warming. But Democrats are divided over whether nuclear energy is a valid replacement for fossil fuels.

The new financial support brings to $12 billion the government’s total loan guarantees for Plant Vogtle, with the initial assistance approved under President Barack Obama. The guarantees make the federal government responsible for covering unpaid debt if the electrical utilities in charge of the project default.

When federal regulators approved the Plant Vogtle expansion in 2012, the two new reactors were expected to cost $14 billion and to be finished in 2017. Now the cost estimate has ballooned to more than $27 billion. The first reactor is scheduled for completion in late 2021, with the second going online in 2022.

Soon after the South Carolina project failed, Perry offered conditional commitments for new loan guarantees to help the nuclear expansion in Georgia stay afloat. His announcement Friday that the additional support has been approved comes after one of the Georgia project’s primary owners, Oglethorpe Power, considered pulling out last year after the cost estimate jumped another $2.3 billion.

Sara Barczak of the Southern Alliance for Clean Energy said in a statement that the Trump administration was “rewarding failure by doling out billions more dollars in corporate welfare at taxpayers’ expense.”

Georgia Power, the partner with the largest stake in expanding Vogtle, has insisted finishing the two reactors makes more sense than abandoning the project or other alternatives. The utility says the new units will generate enough electricity to power approximately 500,000 homes and businesses.

Georgia Power CEO Paul Bowers said the first reactor, which had its 1.5 million pound (0.68 million kilogram) containment cap lowered into place Friday, will be 90 percent complete by the end of the year and ready to load nuclear fuel in 2020.

“We had our challenges, but we’ve been able to fight through those challenges to make the incredible success we see today,” said Tom Fanning, CEO of Southern Company, Georgia Power’s corporate parent. 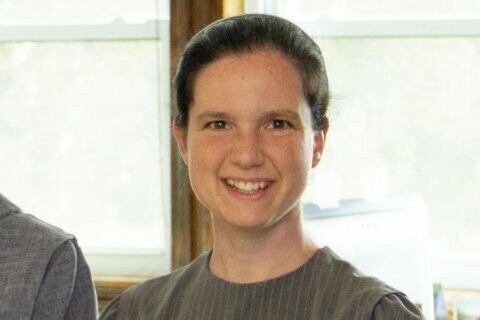