King: Katrina victims only asked for help, unlike Iowans

WASHINGTON (AP) — Republican Steve King says he was told that victims of Hurricane Katrina only asked for help, unlike…

WASHINGTON (AP) — Republican Steve King says he was told that victims of Hurricane Katrina only asked for help, unlike people in his home state of Iowa, who “take care of each other.”

The Iowa congressman on Thursday told a town hall meeting in Charter Oak he visited New Orleans multiple times after the deadly 2005 storm.

Referring to the Federal Emergency Management Agency, he said: “Here’s what FEMA tells me: We go to a place like New Orleans and everybody’s looking around saying, ‘Who’s gonna help me, who’s gonna help me?’ When FEMA responds to problems in Iowa, they’re just always gratified when they come and see how Iowans take care of each other.”

New Orleans is mostly black. The storm crossed the tip of Florida and then swept into the Gulf of Mexico and over Louisiana and Mississippi, causing more than 1,800 deaths and an estimated $108 billion in damage. It was the costliest hurricane in U.S. history, according to the National Hurricane Center, with most of the fatalities occurring in Louisiana after levees failed and 80 percent of the city was flooded.

Iowa Gov. Kim Reynolds said Friday that recent flooding in the state has caused an estimated $1.6 billion in damage. Reynolds sent a letter asking President Donald Trump to quickly issue a disaster declaration for 57 counties in Iowa that have been severely impacted by flooding.

House Republican Whip Steve Scalise, who was born in New Orleans, responded to King in a statement saying, “His comments about Katrina victims are absurd and offensive, and are a complete contradiction to the strength and resilience the people of New Orleans demonstrated to the entire nation in the wake of the total devastation they experienced.” Scalise’s district includes part of the city.

It was the latest slap from House Republican leaders to King. Earlier this year, they punished him for comments about race, most recently stripping King of his committee assignments. 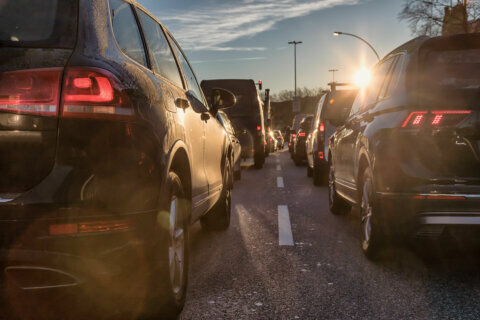