WASHINGTON (AP) — In a story March 4 about the timing of heat warnings, The Associated Press misspelled the last name of a government scientist. His name is spelled Ambarish Vaidyanathan, not Vaidsynathan.

High heat warnings go out too late in some of US, study says

WASHINGTON (AP) — A new study finds even moderate heat sends Northerners to the hospital, suggesting that government warnings of dangerously high temperatures are coming too late in some parts of the U.S.

The research shows an uptick in hospital admissions for heat problems long before alerts go out in northern, generally cooler states. And that’s happening at lower temperatures than in the toastier South, where people are more accustomed to the heat.

Salas, who wasn’t part of the study, called it important in a warming world where heat illnesses are going to only get worse. The research was published Monday in the journal Proceedings of the National Academy of Sciences.

Researchers at the Centers for Disease Control and Prevention, the National Oceanic and Atmospheric Administration and other federal agencies studied hospital admissions for heat-related illnesses in 22 states over a decade. They found 36,000 such hospitalizations a summer, on average.

In the Midwest and North Central states, when the heat index — which combines temperature and humidity for a feels-like number — hits 85 degrees, there’s a noticeable jump in the number of people who go to the hospital with heat-related illnesses, such as dehydration, breathing and heart problems, even diabetes, the study said. But NOAA’s National Weather Service’s first level of heat alerts don’t kick in in those regions until the feels-like temperature approaches 100.

Heat hospitalizations in the West and East also jump before heat warnings are issued, but only a few degrees from alert thresholds. But in the South, heat advisories go out before hospitalizations start stacking up.

Colder regions just aren’t used to the heat and people there get sicker at lower temperatures than in areas where high temperatures in the summer are a daily fact of life and air conditioning is more prevalent, said study lead author Ambarish Vaidyanathan, a CDC health scientist.

The weather service is going to look at this new information to see what it can do differently, if anything, said study co-author Michelle Hawkins, who leads a weather service branch that does public warnings. Currently, the agency issues heat advisories when the heat index is forecast to hit 100 in the north and 105 in the south. Heat warnings are for a heat index of 105 in the north and 110 in the south, she said.

Some people don’t pay attention to warnings till it is too late, Salas said.

“Children, older adults, and pregnant women are especially at risk,” Salas said in an email. “However, I have even seen the young and healthy — often thought to be the invincible — hospitalized for heat stroke. No one is truly immune.” 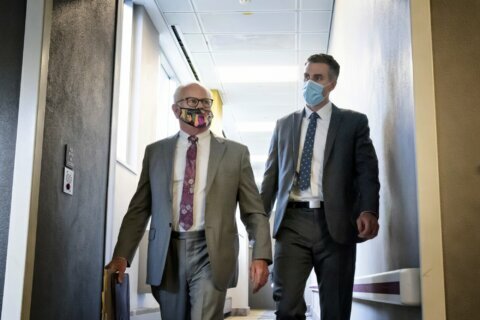