(The Conversation is an independent and nonprofit source of news, analysis and commentary from academic experts.) Charles Pignon, University of…

(THE CONVERSATION) Climate change is an urgent threat to societies around the world, driven by carbon dioxide emissions from fossil fuels such as oil. One of the most effective ways to curb emissions is to replace these energy sources with others that are carbon neutral or even carbon negative – that is, technologies that remove more carbon dioxide from the atmosphere than they put in.

Bioenergy, or energy derived from organic matter, usually plants, is an attractive option. The U.S. already derives 5 percent of transportation fuel from bioenergy, mostly corn. Even jet fuel could be produced from specially engineered crops, potentially balancing out 3 percent of the world’s human-made emissions.

Because the world population and its demand for food continues to rise, there might not be enough conventional farmland to grow crops for both food and bioenergy. One solution is to grow bioenergy crops on marginal land, which isn’t good enough to grow food. The logical conundrum: If this soil isn’t good, how can we grow anything on it that is reasonably productive?

That is where Miscanthus x giganteus comes in. This species, also known as elephant grass, is incredibly productive – 59 percent more productive than corn in the midwestern U.S. It grows well on marginal soils with minimal fertilization. M. x giganteus is a perennial, meaning it stores nutrients in underground stems called rhizomes and uses them to regrow from one year to the next. These rhizomes, along with the plant’s roots, store atmospheric carbon dioxide underground and keep soil in place, preventing carbon dioxide loss from erosion. M. x giganteus may be able to sustain significant bioenergy production to replace fossil fuels, while being grown on marginal lands that do not compete with food crops.

M. x giganteus is a naturally occurring hybrid: Despite performing well in experimental trials, it was never designed to be a bioenergy crop. It is produced by crossing the Asian grasses Miscanthus sacchariflorus and Miscanthus sinensis, popular ornamental plants whose flowers form beautiful feathery plumes. M. x giganteus is sterile, and can propagate only clonally – that is, instead of seeds, a rhizome from a M. x giganteus plant can grow into a new, genetically identical plant. A single clone of this hybrid, now called “Illinois,” has been the focus of most trials of Miscanthus as a bioenergy crop in Europe and the U.S.

The incredible productivity and resilience of the “Illinois” clone, especially since the first U.S. agronomic trials at the University of Illinois in 2000, propelled M. x giganteus to prominence as a leading-candidate bioenergy crop. Yet the “Illinois” clone was produced by accident. What if parent species M. sacchariflorus and M. sinensis, growing in the wild in Asia, had even greater resilience, that could be used by plant scientists to breed M. x giganteus hybrids that perform even better than “Illinois”?

I am a plant physiologist at the University of Illinois at Urbana-Champaign. My job involves understanding how plants work in order to develop improved crops that can mitigate climate change, in this case by developing improved hybrids of M. x giganteus for bioenergy production. I teamed up with Professor Erik Sacks to study some of the plants he had recently collected during a trip to the eastern reaches of Siberia.

In the summer of 2016, Sacks’s team of fearless plant scientists, guided by two adventure ecotourism guides turned amateur botanists, braved the flooding and mosquitoes of eastern Siberia to gather one of the world’s largest collections of M. sacchariflorus plants. The team was interested in collecting plants that could withstand cold better than M. x giganteus “Illinois,” which struggles to photosynthesize, a process where plants use sunlight to capture carbon dioxide from the air and turn it into biomass, when temperatures drop below 50 degrees Fahrenheit.

Eastern Siberia is the coldest part of the world where Miscanthus grows. One species, M. sacchariflorus, was found growing in areas with a minimum October temperature as low as 26°F, compared to 41°F in central Illinois. Most of the region where plants were collected had a continental climate, with severe winters and big temperature swings in the spring and autumn, suggesting these plants can thrive under a wide range of temperatures.

With this diverse Siberian collection, containing 181 accessions, or groups of genetically related plants, Idan Spitz and I, plant physiologists from Professor Stephen Long’s lab, decided to look for M. sacchariflorus with exceptional tolerance of photosynthesis to cold conditions. These cold-tolerant specimens could then be brought back to the U.S. and used to breed more cold-tolerant, and therefore more productive, M. x giganteus.

We filtered 181 genetically distinct accessions from Siberia down to a handful displaying the greatest photosynthetic cold tolerance. To identify the best cold-adapted plants, the entire collection was grown in an outdoor field at Aarhus University, Denmark. M. x giganteus “Illinois” was grown alongside as a control. During a cold spell, when temperatures dropped below 54°F, we measured leaf fluorescence on individual plants to identify those that were the least stressed by these low temperatures. Fluorescence is a minuscule amount of light emitted by key leaf components and can be measured to detect when the leaf has sustained damage.

We brought the most promising M. sacchariflorus plants to the University of Illinois to grow along with M. x giganteus “Illinois” in an indoor environment with precisely controlled light, temperature and humidity. In two successive experiments, we regularly monitored photosynthesis as plants were exposed to severe chilling at 50°F for two weeks. We then raised the temperature to test how well they could recover. Our team measured photosynthesis by tracking absorption of carbon dioxide into the leaf from the surrounding air.

In the Miscanthus plants studied here, improved photosynthesis during chilling was supported by the ability to maintain activity of photosynthetic enzymes that are essential for absorbing carbon dioxide from the atmosphere, but slow down when temperatures drop. M. x giganteus “Illinois” adapts to cold by producing more of these enzymes to counteract chilling. The new M. sacchariflorus plants we discovered in Siberia may be even better at turning up production of these enzymes at low temperature.

Identifying these useful traits is just the first step. Next, scientists at the University of Illinois will use these three genetically unique accessions to breed new hybrids of M. x giganteus that perform better in the cold. By breeding Miscanthus with improved photosynthesis during the chill of early spring and late autumn, we can develop new hybrids that yield even more than M. x giganteus “Illinois.”

In addition, Miscanthus is a close relative of sugarcane, so Sacks is breeding the Siberian M. sacchariflorus specimens with sugarcane to develop energycane cultivars that can be grown farther north than current commercial sugarcane in the U.S.; currently sugarcane production is limited to southern parts of Florida, Louisiana and Texas. The goal is to create new bioenergy crops that can withstand cold temperatures to produce more biomass, and ultimately, more bioenergy.

This article is republished from The Conversation under a Creative Commons license. Read the original article here: http://theconversation.com/newly-discovered-cold-tolerant-plants-from-siberia-could-promote-clean-bioenergy-110871. 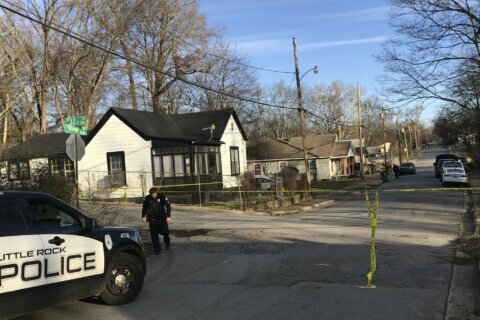