CHICAGO (AP) — A federal judge in Chicago has dismissed a lawsuit brought against a suburban Chicago school by parents of a student who killed himself after staff warned him he may have to register as a sex offender because they suspected he made a video of himself having sex with a classmate without her knowledge.

However, U.S. District Judge Andrea Wood’s ruling — posted late last week — struck a disapproving note in describing how Naperville North High School authorities told 16-year-old Corey Walgren that any video may constitute child pornography when they confronted him about the allegations at school in January 2017. Hours later, he walked to the top of a five-story parking deck and jumped to his death .

His suicide underscored a dilemma for schools when confronting students suspected of recording and sharing sexual images. His parents, Maureen and Doug Walgren, sued the city of Naperville, the school district and individual school officials later in 2017, accusing them of unnecessarily traumatizing their son and of violating his rights by not calling his parents first.

The family’s attorney, Terry Ekl, has said authorities “scared the hell out of the kid, and that’s what drove Corey to kill himself.” Officials at the school in an upper middle-class suburb west of Chicago say they conveyed to Walgren the seriousness of the matter while reassuring him that their goal was to keep it out of court.

Judge Wood said there’s no evidence Walgren broke the law with the video, in which no images were visible. Walgren played the audio for several friends but never texted or emailed it.

Someone forced to register as a sex offender may be barred from holding certain jobs or be stigmatized, Wood wrote in her 22-page ruling.

“Faced with the implied threat of such consequences, it is perhaps unsurprising that a previously well-adjusted teenager’s emotional state could deteriorate to such a point that he would contemplate taking his life,” she wrote.

However, Wood said, the parents and their lawyers hadn’t cleared the threshold required to prove school officials violated Walgren’s rights. She did leave the door open for the lawsuit to be reworked and refiled. Lawyers could also appeal her ruling to the 7th U.S. Circuit Court of Appeals.

Ekl didn’t return messages to The Associated Press seeking comment Tuesday evening. But he told the Chicago Tribune that the family is still deciding whether to refile a new complaint or appeal to the higher court.

“The case is a long way from being resolved,” he said.

In a statement, Naperville School District 203 only said that “the staff and community of Naperville 203 remain saddened by the death of our student and extend heartfelt sympathy to all those affected by this tragedy.”

Wood described Walgren as “an honor-roll student with no disciplinary record or history of violence or self-harm,” and she wrote that his parents hadn’t demonstrated that school officials should have gleaned Walgren might have been contemplating suicide.

The lawsuit also alleged school officials violated Illinois law by questioning Walgren before his mom was called and headed toward the school. But Wood said “there is nothing therein (in Illinois statutes) that prohibits (an) officer from questioning (a) minor before (a) parent’s arrival.”

Wood also said that merely showing that school officials threatened Walgren or lied to him doesn’t reach the established legal standard that an interrogation must “shock the conscience” to have violated someone’s rights.

She added that the “act of placing a severely emotionally distressed Walgren alone in an office at the school to wait for his mother’s arrival may have been ill-advised, but it does not shock the conscience.”

After meeting school officials, Walgren was told to wait at a student-services office until his mother arrived. He slipped out of the office undetected at some point and walked to a parking deck ramp less than a mile away. He jumped around 2:40 p.m. and was pronounced dead at a nearby hospital about 45 minutes later. 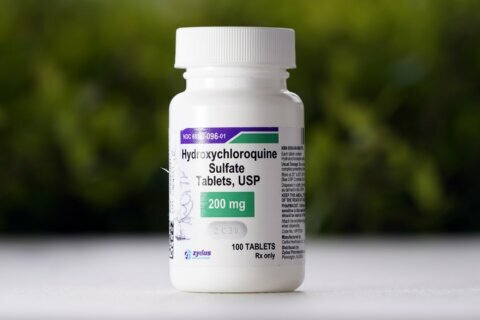 Study on safety of malaria drugs for coronavirus retracted 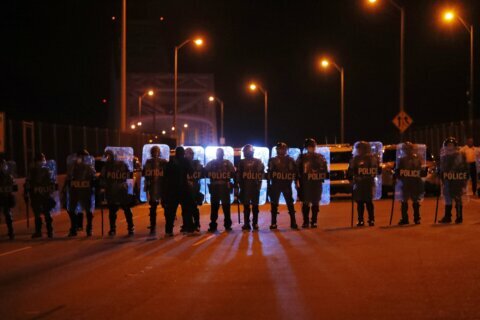