US ambassador meets with American held for spying in Russia

Paul Whelan was arrested in Moscow on Friday. The Russian Federal Security Service, in announcing the arrest three days later, said Whelan was caught "during an espionage operation," but gave no details.

WASHINGTON (AP) — U.S. ambassador to Russia Jon Huntsman met in Moscow on Wednesday with a Michigan man who has been detained on espionage charges as the American government seeks answers about his arrest.

Huntsman said he offered support and assistance to Paul Whelan, a corporate security executive and former Marine, and later spoke to the man’s family by phone, but he would not discuss the case in detail.

The ambassador said the U.S. complained to the Russian government about the length of time it took them to grant consular access to Whelan, who was arrested Friday.

Russian Federal Security Service said Whelan was caught “during an espionage operation,” but gave no specific information about why he was detained.

Secretary of State Mike Pompeo said earlier Wednesday, while in Brazil, that the U.S. hoped to gain access soon to the former Marine and that “if the detention is not appropriate, we will demand his immediate return.”

Whelan, 48, was in Moscow to attend a wedding when he disappeared, his brother, David Whelan, said Tuesday. He arrived Dec. 22 and was scheduled to stay through Sunday.

Pompeo said the Trump administration has “made clear to the Russians our expectation that we will learn more about the charges and come to understand what it is he’s been accused of.”

Michigan Rep.-elect Haley Stevens, who will represent Whelan’s district in Congress, released a statement Wednesday saying: “Paul served our country as a Marine and law enforcement officer and we must ensure that Russia continues to meet its obligations under the Vienna Convention to provide U.S. officials access to Mr. Whelan. I am working with the State Department and will remain vigilant until Paul returns safely to his family in Michigan.”

Whelan’s family, in a statement that David Whelan posted on Twitter, said: “We are deeply concerned for his safety and well-being. His innocence is undoubted and we trust that his rights will be respected.”

The Russian spying charges carry a prison sentence of up to 20 years.

David Whelan said in an interview that his brother had been to Russia several times previously, so when a fellow former Marine was planning a wedding in Moscow, he was asked to go along to help out.

David Whelan said that it was while searching the internet Monday that he learned of his brother’s arrest.

“I was looking for any stories about dead Americans in Moscow, so in a way it was better than finding out that he had died,” he said.

David Whelan said he has no idea why his brother was targeted by the Russian security services. Paul Whelan had traveled to Russia in the past for work and to visit friends he had met on social networks, his brother said.

Paul Whelan lives in Novi, Michigan, and is director of global security for BorgWarner, where he has worked since early 2017.

“He is responsible for overseeing security at our facilities in Auburn Hills, Michigan, and at other company locations around the world,” company spokeswoman Kathy Graham said in a statement.

She said BorgWarner does not have any facilities in Russia.

Paul Whelan previously worked for Kelly Services, which does maintain offices in Russia, his brother said.

Heintz contributed from Moscow. Associated Press writers Tom Krisher in Detroit and Robert Burns in Washington contributed to this report. 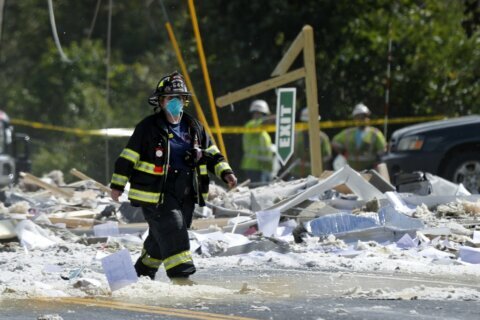