On the first day fighting the deadly Northern California wildfire that destroyed the city of Paradise last month, a crew setting a back burn to stop the blaze was suddenly overrun by flames when erratic winds suddenly shifted.

One state prison inmate firefighter tried to escape the flames and ran into a barbed wire fence along Rattlesnake Flats Road. Another inmate cleared the fence on the other side of the road, but his gear snagged the barbed wire and he tumbled face-down. Flames ignited his hair, beard and mustache and burned his face and neck. A fire captain nearby was also seriously burned.

Those close calls with death were detailed in a report Thursday by the California Department of Forestry and Fire Protection on five serious firefighter injuries that also described harrowing conditions firefighters faced in the so-called Camp Fire that broke out Nov. 8, decimating the town of Paradise, killing at least 86 people and destroying 14,000 homes.

Although the firefighters were seriously injured, they were lucky they weren’t hurt worse, said Scott McLean, a spokesman for CalFire.

“We had several angels over us that day,” McLean said.

Conditions leading into the fire were exceptionally dry. Typically autumn rains would have fallen by that time of year, but less than an inch (2.5 centimeters) of rain had fallen in seven months.

The blaze started around 6:30 a.m. and spread at “incredible speed,” consuming 7 square miles (18 square kilometers) an hour at one point, the report said. Driven by wind gusts up to 35 mph (56 kph), it marched 15 miles (24 kilometers) in 12 hours with spot fires blowing a mile (1.6 kilometers) ahead of fire lines.

Although fire ripped through the area 10 years earlier, when flames jumped the west fork of the Feather River it entered dense forest that had not burned in recorded history. Treetops were close together and heavy manzanita and oaks below were ripe for burning.

By the time it hit Paradise, it was an “urban firestorm” spreading among buildings in a manner the report compared to the allied bombings that razed the city of Hamburg, Germany in World War II and killed tens of thousands of people.

Before dawn the following morning, two firefighters preparing to protect homes near Magalia were struck and injured by shrapnel when a 250-gallon (946-liter) propane tank exploded.

One firefighter was struck with embers and pieces of a fence and was disoriented as he was knocked to one knee. A fire captain was hit with burning sticks, pine cones and molten aluminum.

Those two and the men overcome the day before on Rattlesnake Flat Road were all taken to hospital burn centers for treatment, McLean said.

The worst of the injured, the captain overrun in the backfire operation, was just released from a hospital a little more than a week ago. 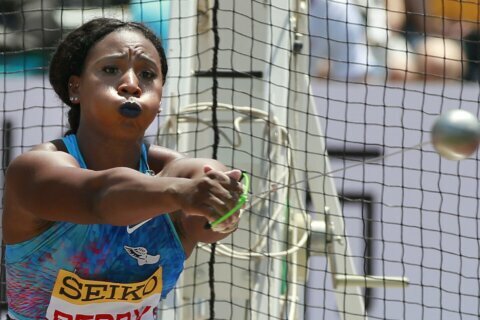