Cargo ships are emitting boatloads of carbon, and nobody wants to take the blame

(THE CONVERSATION) Maritime shipping transports 90 percent of the goods traded around the world by volume. Moving large amounts of goods such as oil, computers, blue jeans and wheat across oceans drives the global economy, making it cheaper and easier to buy almost anything.

At summits like the COP24 meeting held in Poland in December of 2018 and in agreements such as the one struck in Paris in 2015, national governments have largely ignored the carbon dioxide emissions from international shipping entering the atmosphere.

This is a real problem because if no country is held responsible for emissions, no government will try to reduce them. We believe as scholars of global environmental cooperation that one way forward is to make international maritime shipping emissions the responsibility of specific countries with the goal of increasing pressure to encourage emission reductions.

In international climate change negotiations, countries are in charge of reducing their own greenhouse gas emissions. Carbon dioxide emissions from international shipping could be added to this responsibility. Figuring out whose emissions they are, however, is no easy task.

Perhaps no industry is as globalized as maritime shipping. The ships themselves have international webs of owners, operatorsand registrations. They carry goods sourced in multiple places as they traverse the high seas, stopping in many countries.

The United Nations Conference on Trade and Development expects trade to continue to grow in the coming decades. The International Maritime Organization, the international body that regulates shipping, predicts that as trade grows, carbon dioxide emissions from international shipping could increase by as much as 250 percent by 2050.

To date, that organization has done little to address climate change even though it did announce in April 2018 that it aims to halve emissions from shipping by 2050 rather than letting them soar unchecked. Maersk, the world’s largest shipping company, announced several months later that it aims to reduce its emissions to zero by 2050.

This is great news, but neither the IMO nor Maersk have provided any detailed information about how these goals will be achieved. Both support more research into fuel-efficient technologies for shipping, but the IMO itself admits that this is not going to be enough.

So far, no country has taken ownership of any emissions from international shipping. Only emissions from domestic shipping, such as cargo hauled across Lake Michigan, are counted.

The first electric vessels are only now beginning to be made. These ships would most likely have much smaller carbon footprints than those in use today, but they can now only travel short distances before having to charge their batteries again. The technology does not yet exist for long maritime voyages for large vessels.

There are several ways that emissions from international shipping could be allocated to specific countries. In 1996, the countries that had ratified the United Nations Framework Convention on Climate Change – the first global treaty on climate change – identified eight options to get this done. Over two decades later, there has been no progress with any of them.

The eight options include allocating carbon dioxide emissions to countries based on where the fuel ships use is sold, where ships are registered, or the origins or destinations of the ships. Each option would lead to radically different emissions responsibilities for individual countries, making it even harder for everyone to reach consensus.

We believe that a critical first step no matter what approach prevails would be to create a comprehensive and open database of international shipping routes and maritime emissions. That would establish a shared baseline for quantifying and allocating carbon dioxide emissions to countries.

Given all that is at stake in a warming world, it is high time that countries stop ignoring a big chunk of the human produced carbon dioxide entering the atmosphere. To avoid dangerous climatic changes, it must be all hands on deck.

This article is republished from The Conversation under a Creative Commons license. Read the original article here: http://theconversation.com/cargo-ships-are-emitting-boatloads-of-carbon-and-nobody-wants-to-take-the-blame-108731. 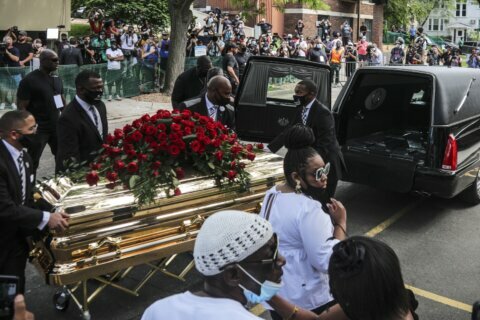