WASHINGTON (AP) — The Senate passed a sweeping criminal justice bill Tuesday that addresses concerns that the nation’s war on drugs had led to the imprisonment of too many Americans for non-violent crimes without adequately preparing them for their return to society.

Senate passage of the bill by a vote of 87-12 culminates years of negotiations and gives President Donald Trump a signature policy victory, with the outcome hailed by scores of conservative and liberal advocacy groups. The House is expected to pass the bill this week, sending it to the president’s desk for his signature.

The bill gives judges more discretion when sentencing some drug offenders and boosts prisoner rehabilitation efforts. It also reduces the life sentence for some drug offenders with three convictions, or “three strikes,” to 25 years. Another provision would allow about 2,600 federal prisoners sentenced for crack cocaine offenses before August 2010 the opportunity to petition for a reduced penalty.

“America is the greatest Country in the world and my job is to fight for ALL citizens, even those who have made mistakes,” Trump tweeted moments after the vote.

“This will keep our communities safer, and provide hope and a second chance, to those who earn it. In addition to everything else, billions of dollars will be saved. I look forward to signing this into law!” Trump added.

WASHINGTON (AP) — It was the first time many liberal advocates had set foot inside President Donald Trump’s White House.

And they came at the invitation of presidential son-in-law Jared Kushner — a top White House adviser whom many liberal and good-government groups have criticized, questioning his lack of experience in government, potential conflicts of interest and cozy relationship with foreign leaders, including Saudi Arabia’s crown prince.

But in White House conference rooms and lobbying trips to Capitol Hill, Kushner worked with advocates, legislators and others on both sides of the aisle to try to craft a deal to make the nation’s criminal justice system fairer. Now Kushner, the likely subject of new investigations when Democrats take control of the House next year, is getting credit for helping to spearhead what could be the first major bipartisan legislative success of the Trump era: a first-in-a-generation criminal justice overhaul that passed the Senate Tuesday and is expected to pass the House later this week.

“I don’t think this would have happened without him,” said Sen. Corey Booker of New Jersey, a potential 2020 Democratic presidential contender, adding that the bill would have “a profound effect on thousands of families who have been suffering as a result of this broken system.”

Inimai Chettiar, director of the Justice Program at the Brennan Center for Justice, who attended multiple meetings at the White House and lobbied with Kushner on the Hill, said that while the center’s policies are generally “very oppositional” to the Trump agenda, criminal justice offered a rare opportunity for cooperation. Kushner “understands why this is a very important issue and the effect that it could have,” she said.

WASHINGTON (AP) — President Donald Trump appeared Tuesday to back off his demand for $5 billion to build a border wall, signaling for the first time that he might be open to a deal that would avoid a partial government shutdown.

The White House set the tone when press secretary Sarah Huckabee Sanders indicated that Trump doesn’t want to shut down the government, though just last week he said he’d be “proud” to do so. The president would consider other options and the administration was looking at ways to find the money elsewhere, Sanders said.

It was a turnaround after days of impasse. Without a resolution, more than 800,000 government workers could be furloughed or sent to work without pay beginning at midnight Friday, disrupting government operations days before Christmas.

One option that has been circulating on Capitol Hill would be to simply approve government funding at existing levels, without a boost for the border, as a stopgap measure to kick the issue into the new Congress next month. The chairman of the Appropriations Committee, Sen. Richard Shelby, R-Ala., confirmed late Tuesday his office was preparing legislation to keep government funded, likely into February. The White House preference was for a longer-term package, although the conversation remained fluid and Trump has been known to quickly change course, said a person familiar with the negotiations but not authorized to discuss them by name.

“We want to know what can pass,” Sanders said at a press briefing. “Once they make a decision and they put something on the table, we’ll make a determination on whether we’ll move forward.”

NEW YORK (AP) — President Donald Trump’s charitable foundation reached a deal Tuesday to go out of business, even as Trump continues to fight allegations he misused its assets to resolve business disputes and boost his run for the White House.

New York’s attorney general and lawyers for the Trump Foundation agreed on a court-supervised process for shutting down the charity and distributing about $1.7 million in remaining funds to other nonprofit groups.

The agreement resolved one part of the legal drama surrounding Trump, whose campaign, transition, inauguration and real estate empire are all under investigation.

Attorney General Barbara Underwood’s lawsuit alleging Trump and his family illegally operated the foundation as an extension of his businesses and his presidential campaign will continue.

The lawsuit, filed last spring, seeks $2.8 million in restitution and a 10-year ban on Trump and his three eldest children — Donald Jr., Eric and Ivanka — from running any charities in New York.

Lawyers for Flynn, who admitted lying to the FBI about his Russian contacts, requested the delay during the stunning hearing in which U.S. District Judge Emmet Sullivan told the former Trump aide in a blistering rebuke that “arguably you sold your country out.”

“I can’t make any guarantees, but I’m not hiding my disgust, my disdain for this criminal offense,” Sullivan said.

The postponement gives Flynn a chance to continue cooperating with the government in hopes of staving off prison and proving his value as a witness, including in a foreign lobbying prosecution unsealed this week. The possibility of prison had seemed remote for Flynn, who was smiling and upbeat as he entered the courtroom, since prosecutors had praised his extensive cooperation and didn’t recommend any time behind bars.

But the judge’s upbraiding suggested otherwise and made clear that even defendants like Flynn who have cooperated in special counsel Robert Mueller’s Russia investigation may nonetheless be shadowed by the crimes that brought them into court in the first place. The hearing upset what had been a carefully crafted agreement and pushed months into the future a resolution of one of Mueller’s signature prosecutions.

US reviews report of imports from forced labor in China camp

BEIJING (AP) — The U.S. government said Tuesday that it is reviewing reports of forced labor at a Chinese detention camp where ethnic minorities must give up their religion and language and may be subject to political indoctrination.

U.S. Customs and Border Protection said in a statement that reporting by The Associated Press and other media “for the first time appears to link the internment camps identified in Western China to the importation of goods produced by forced labor by a U.S. company.”

The AP tracked shipments from a factory in a detention camp in China’s Xinjiang region to Badger Sportswear in North Carolina. The company ships clothing to universities, colleges and schools around the United States.

Following the reports, Badger said that it had suspended business with the Chinese supplier and was investigating.

The Washington-based Workers Rights Consortium, which has agreements with many educational institutions to make sure the products they sell on campus are ethically manufactured, said that “forced labor of any kind is a severe violation of university codes of conduct.”

LAS VEGAS (AP) — Nevada became the first state in the U.S. with an overall female majority in the Legislature on Tuesday when county officials in Las Vegas appointed two women to fill vacancies in the state Assembly.

The appointments of Democrats Rochelle Thuy Nguyen and Beatrice “Bea” Angela Duran to two Las Vegas-area legislative seats give women 51 percent of the 63 seats in the Legislature.

No state has previously had a female-majority or even a 50 percent-female Legislature, according to the Center for American Women and Politics at Rutgers University, which tracks women’s political representation.

Women picked up seats in the Nevada Assembly and Senate during the 2018 November election but fell short of an overall majority. Vacancies created by lawmakers who won election to other offices in November, along with one sitting female lawmaker then allowed women to gain additional seats.

CAPE CANAVERAL, Fla. (AP) — Fifty years ago on Christmas Eve, a tumultuous year of assassinations, riots and war drew to a close in heroic and hopeful fashion with the three Apollo 8 astronauts reading from the Book of Genesis on live TV as they orbited the moon.

To this day, that 1968 mission is considered to be NASA’s boldest and perhaps most dangerous undertaking. That first voyage by humans to another world set the stage for the still grander Apollo 11 moon landing seven months later.

There was unprecedented and unfathomable risk to putting three men atop a monstrous new rocket for the first time and sending them all the way to the moon. The mission was whipped together in just four months in order to reach the moon by year’s end, before the Soviet Union.

There was the Old Testament reading by commander Frank Borman, Jim Lovell and Bill Anders.

Lastly, there was the photo named “Earthrise,” showing our blue and white ball — humanity’s home — rising above the bleak, gray lunar landscape and 240,000 miles (386 million kilometers) in the distance.

Stock market woes raise a nagging fear: Is a recession near?

BALTIMORE (AP) — Fears of a recession have been mounting with the U.S. stock market appearing to be headed for its worst December since 1931 — during the Great Depression.

Wall Street’s sustained slump has been fueled by investor concerns about lower corporate profits, higher corporate debt, a festering trade war between the United States and China and a broader global slowdown.

So is a U.S. recession imminent?

Plenty of economic gauges suggest that far from being derailed by a stock market that’s set to suffer its first annual loss in a decade, the $20 trillion U.S. economy is barreling forward. Employers are hiring, consumers are spending ahead of the holidays and economic growth has been brisk, thanks in part to President Donald Trump’s deficit-financed tax cuts.

NEW YORK (AP) — Penny Marshall, who indelibly starred in the top-rated sitcom “Laverne & Shirley” before becoming the trailblazing director of smash-hit big-screen comedies such as “Big” and “A League of Their Own,” has died. She was 75.

Michelle Bega, a spokeswoman for the Marshall family, said Tuesday that Marshall died in her Los Angeles home on Monday night due to complications from diabetes. Marshall earlier fought lung cancer, which went into remission in 2013. “Our family is heartbroken,” the Marshall family said in a statement.

In “Laverne & Shirley,” among television’s biggest hits for much of its eight-season run between 1976-1983, the nasal-voiced, Bronx-born Marshall starred as Laverne DeFazio alongside Cindy Williams as a pair of blue-collar roommates toiling on the assembly line of a Milwaukee brewery. A spinoff of “Happy Days,” the series was the rare network hit about working-class characters, and its self-empowering opening song (“Give us any chance, we’ll take it/ Read us any rule, we’ll break it”) foreshadowed Marshall’s own path as a pioneering female filmmaker in the male-dominated movie business.

“Almost everyone had a theory about why ‘Laverne & Shirley’ took off,” Marshall wrote in her 2012 memoir “My Mother Was Nuts.” ”I thought it was simply because Laverne and Shirley were poor and there were no poor people on TV, but there were plenty of them sitting at home and watching TV.” 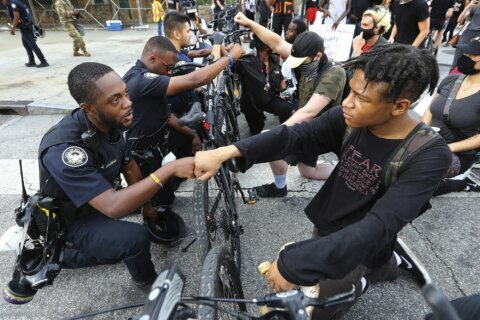 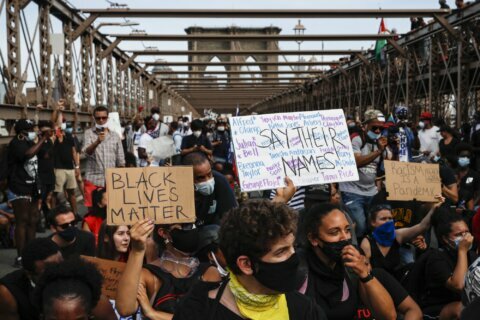