Races in Virginia, Kentucky, Mississippi and New Jersey will be closely watched to gauge the national mood ahead of 2020 amid impeachment proceedings and a crowded Democratic presidential primary.

House-approved articles of impeachment against Trump would be put to trial in a Senate that is significantly more divided than the one that acquitted Bill Clinton almost 21 years ago.

Around the world, efforts are being made to reclaim wetlands that have been filled in to plant crops or meet other human needs, AP finds.

4. IRAN TAKING ANOTHER STEP AWAY FROM NUKE PACT

Iran’s president says Tehran will begin injecting uranium gas into more than 1,000 centrifuges, but he doesn’t say if the centrifuges would be used to produce enriched uranium.

The longtime Republican provocateur and former confidant of Trump is being tried for his alleged efforts to exploit the Russian-hacked Hillary Clinton emails for political gain.

They show a call to a former “Apprentice” contestant on a day when she says he subjected her to unwanted kissing and groping, according to a court filing obtained by the AP.

Though lacking the ferocity of 2005, a resurgence of violence targeting police is unsettling long-troubled towns on the outskirts of the French capital.

9. WORKPLACE ROMANCE CAN BE PERILOUS

Many companies forbid executives and managers from having relationships with subordinates given the potential for favoritism or lawsuits if the relationship sours.

Dak Prescott throws three touchdown passes, leading Dallas to a 37-18 victory over the New York Giants in a game briefly delayed by an elusive feline. 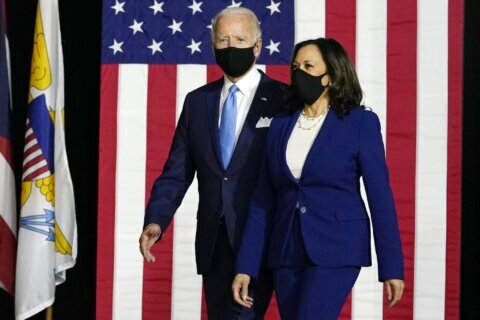