WASHINGTON (AP) — The partial government shutdown was on track Friday to become the longest closure in U.S. history as President Donald Trump and nervous Republicans scrambled to find a way out of the mess. A solution couldn’t come soon enough for federal workers who got pay statements Friday but no pay.

The House and Senate voted to give federal workers back pay whenever the federal government reopens and then left town for the weekend, leaving the shutdown on track to become one for the record books once the clock struck midnight and the closure entered its 22nd day. And while Trump privately considered one dramatic escape route — declaring a national emergency to build the wall without a new stream of cash from Congress — members of his own party were fiercely debating that idea, and the president urged Congress to come up with another solution.

“What we’re not looking to do right now is national emergency,” Trump said. He insisted that he had the authority to do that, adding that he’s “not going to do it so fast” because he’d still prefer to work a deal with Congress.

About 800,000 workers missed paychecks Friday, many receiving blank pay statements. Some posted photos of their empty earnings statements on social media as a rallying cry to end the shutdown, a jarring image that many in the White House feared could turn more voters against the president as he holds out for billions in new wall funding.

With polls showing Trump getting most of the blame for the shutdown, the administration accelerated planning for a possible emergency declaration to try to get around Congress and fund the wall from existing sources of federal revenue. The White House explored diverting money for wall construction from a range of other accounts. One idea being considered was diverting some of the $13.9 billion allocated to the Army Corps of Engineers after last year’s deadly hurricanes and floods.

BARRON, Wis. (AP) — A 21-year-old man killed a Wisconsin couple in a baffling scheme to kidnap their teenage daughter, then held the girl captive for three months before she narrowly managed to escape and reach safety as he drove around looking for her, authorities said.

Jayme Closs, 13, was skinny, disheveled and wearing shoes too big for her when she approached a stranger and pleaded for help Thursday near the small, isolated north woods town of Gordon, where police said she was being held by Jake Thomas Patterson.

Within minutes, Patterson was pulled over and jailed on kidnapping and homicide charges for what authorities said was his meticulously planned shotgun attack at the girl’s home in October.

The news that Jayme was safe set off joy and relief 60 miles (96 kilometers) away in her hometown of Barron, population 3,300, ending an all-out search that gripped the state, with many people fearing the worst the longer she was missing.

“My legs started to shake. It was awesome. The stress, the relief — it was awesome,” Barron County Sheriff Chris Fitzgerald said, describing the moment he learned Jayme had been found.

Terms were not disclosed. Kelly was in the second of a three-year contract that reportedly paid her more than $20 million a year.

She’s been off the air since October after creating a furor by suggesting that it was OK for white people to wear blackface on Halloween, and exit negotiations had dragged for two months over the holidays. Even before the controversial commentary, her future was considered limited at NBC News.

“The parties have resolved their differences, and Megyn Kelly is no longer an employee of NBC,” the network said in a statement Friday night.

WASHINGTON (AP) — Law enforcement officials became so concerned by President Donald Trump’s behavior in the days after he fired FBI Director James Comey that they began investigating whether he had been working for Russia against U.S. interests, The New York Times reported Friday.

The report cites unnamed former law enforcement officials and others familiar with the investigation.

The inquiry forced counterintelligence investigators to evaluate whether Trump was a potential threat to national security, and they also sought to determine whether Trump was deliberately working for Russia or had unintentionally been influenced by Moscow.

The Times reports that FBI agents and some top officials became suspicious of Trump’s ties to Russia during the 2016 presidential campaign but didn’t launch an investigation at that time because they weren’t sure how to approach such a sensitive and important probe, according to the sources. But Trump’s behavior in the days around Comey’s May 2017 firing, specifically two instances in which he seemed to tie Comey’s ousting to the Russia investigation, helped trigger the counterintelligence part of the investigation, according to the Times’ sources.

Robert Mueller took over the investigation when he was appointed special counsel soon after Comey’s firing. The overall investigation is looking into Russian election interference and whether Trump’s campaign coordinated with the Russians. The Times says it’s unclear whether Mueller is still pursuing the counterintelligence angle.

PHOENIX (AP) — Panicking staff members at a long-term care facility scrambled to save a baby born to an Arizona woman in a vegetative state amid their shock to learn she was pregnant, according to dramatic 911 audio released Friday.

“One of our patients just had a baby, and we had no idea she was pregnant,” the nurse said.

An emergency responder asked how far along the mother was in her pregnancy. The nurse, still sounding stunned, said that nobody would know.

“This is a complete surprise. We were not expecting this,” she said.

WASHINGTON (AP) — President Barack Obama stunned Republicans when he bypassed Congress and — relying on what he called his pen and his phone — used executive powers to enact his agenda, including protecting millions of young immigrants from deportation.

Now, with President Donald Trump proposing an even more dramatic end-run around Congress to build his promised border wall with Mexico, many Republicans are uneasily cheering him on.

The potential use of a national emergency declaration by Trump for the border wall shows the extent to which the party is willing to yield on treasured values — in this case, the constitutional separation of powers — to steer clear of confronting the White House and give the president what he wants.

It’s a different accommodation from just a few years ago. Then Republicans often called out Obama as overstepping his authority in using executive actions when Congress failed to act on White House priorities. They complained about Obama as “king,” ”emperor” or “tyrant.”

Rep. Mark Meadows, R-N.C., a leader of the House Freedom Caucus, said most conservatives would go along with Trump’s decision to declare a national emergency as “the last tool in the tool box” for building the wall.

DAVIS, Calif. (AP) — Natalie Corona was a rising star in her police department with a sparkling smile and a huge heart who had followed in her father’s footsteps and became an officer, fulfilling a lifelong dream just a few months ago when her dad pinned the badge on her uniform.

On Friday, her father and a stunned community mourned the 22-year-old who was shot and killed on duty while responding to a multi-vehicle crash in the small college town of Davis, California. Investigators believe she was ambushed by a gunman on a bicycle, but they haven’t a determined the motive for his actions.

“She’s the cop that any community would want,” said Lt. Paul Doroshov, a spokesman for the Davis Police Department. “Everybody who met her liked her.”

The shooter rode up on a bicycle and opened fire as Corona was investigating a three-car crash in the town that is home to the University of California in Davis, where there has not been a fatal police shooting in nearly 60 years. She was struck in the neck.

After unloading gunshots, the suspect went to his home nearby and chatted with his roommate without “showing any sign he was involved in the incident,” Police Chief Davis Police Chief Darren Pytel said Friday evening.

BANGKOK (AP) — An 18-year-old Saudi woman who said she was abused by her family and feared for her life if deported back home left Thailand on Friday night for Canada, which has granted her asylum, officials said.

The fast-moving developments capped an eventful week for Rahaf Mohammed Alqunun. She fled her family while visiting Kuwait and flew to Bangkok, where she barricaded herself in an airport hotel to avoid deportation and grabbed global attention by mounting a social media campaign for asylum.

Her case highlighted the cause of women’s rights in Saudi Arabia, where several women fleeing abuse by their families have been caught trying to seek asylum abroad in recent years and returned home. Human rights activists say many similar cases go unreported.

“That is something that we are pleased to do because Canada is a country that understands how important it is to stand up for human rights and to stand up for woman’s rights around the world and I can confirm that we have accepted the U.N.’s request,” Trudeau said.

SAN JUAN, Puerto Rico (AP) — Lin-Manuel Miranda reprised his lead role in the hit musical “Hamilton” on Friday night to start a two-week run in Puerto Rico expected to raise thousands of dollars for artists and cultural groups struggling in the wake of Hurricane Maria.

The audience giggled, hooted, clapped and tapped their feet throughout the performance as Miranda took the stage for the first time since his last appearance in the Broadway version in July 2016, when he played the role of U.S. founding father Alexander Hamilton.

“I have never felt anything like that,” he said of the crowd’s energy, adding that singing the song “Hurricane” was a challenge. “It was very hard to sing that here in Puerto Rico because you know better than I what it is to survive a hurricane. I feel like I’m going back to Maria a little bit every time I sing it.”

After the two-hour show, Miranda spoke with reporters, who peppered him with questions about how the White House was exploring diverting money for border wall construction from a range of accounts, including using some of the $13.9 billion allocated to the Army Corps of Engineers after last year’s deadly hurricanes and floods.

“I think that’s absolutely monstrous,” Miranda said as he apologized that he didn’t have further comment. “It’s the first time I’m hearing that. I’ve been a little busy.”

CHICAGO (AP) — An attorney for R. Kelly said Friday that the R&B star denies all allegations of sexual misconduct involving women and underage girls, including those made in a recent documentary, although he says neither he nor Kelly has watched the entire movie.

Attorney Steve Greenberg offered his most full-throated defense of the Grammy-winning recording artist since a prosecutor in Chicago this week urged potential victims to come forward after Lifetime aired the documentary “Surviving R. Kelly,” which revisited old allegations and brought new ones into the light.

The scrutiny also extends to Georgia, where an Atlanta-area couple said Georgia prosecutors have reached out to them after they repeatedly said that Kelly brainwashed their daughter and kept her from contacting them.

In an interview with The Associated Press, Greenberg portrayed Kelly, one of the top-selling recording artists of all time, as a victim of a television hit piece.

“The allegations aren’t true because he never knowingly had sex with an underage woman, he never forced anyone to do anything, he never held anyone captive, he never abused anyone,” said Greenberg. 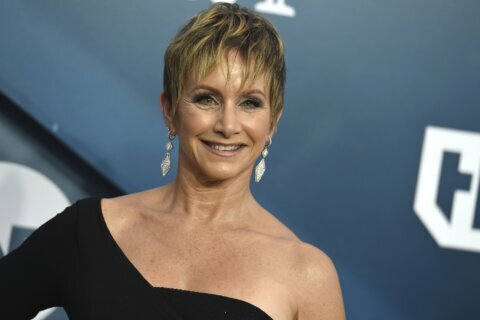 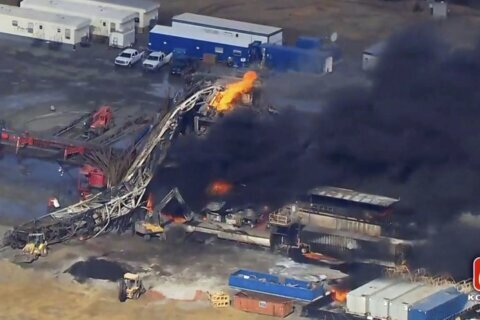 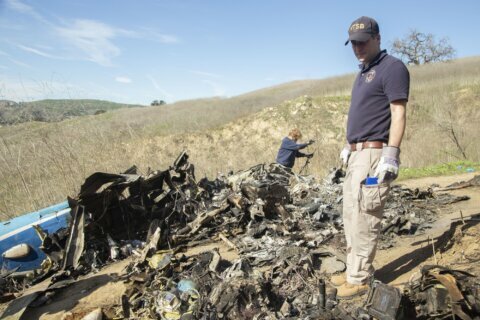