The flooding early Saturday from Bear Run, which flows beneath the National Historic Landmark in Fayette County, toppled a tree that hit a wall and apparently dislodged the “Mother and Child” statue from its place, said Director Lynda Waggoner, of the Western Pennsylvania Conservancy.

The interior of the home wasn’t damaged.

“It’s one of our most significant works here at Fallingwater,” Waggoner said of the Jacques Lipchitz sculpture. “It’s one that the house has come to be identified with. The first view, when you’re on the bridge, looking at the house — it’s right there.” Waggoner said the statue was submerged in the creek, held up by a chain that was installed after a 1956 flood, but was removed after the water level dropped. It’s being assessed for damage. She said workers would try to repair the wall and move the statue back into place.

Trees by the guest house were also damaged after Bear Run “rose to a deluge,” Waggoner said. Debris was visible on stairs leading down from the first floor of the main house to the stream.

“We’re in this deep valley so the stream rises very quickly. It doesn’t have anywhere to go but up,” she said.

Fallingwater, built over a waterfall for the Kaufmann family, who owned a Pittsburgh department store, is now operated as a museum by the conservancy. Lipchitz’s statue depicts a woman with her arms outstretched and a child clinging to her neck.

The conservancy’s website says the Lithuanian-born sculptor began the design while living in Paris in 1939 and had it cast in bronze in 1941 after he fled to New York following the Nazi occupation. 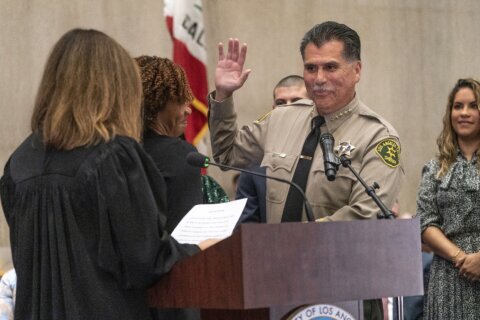 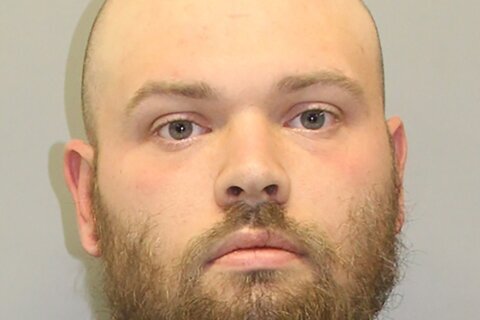