Crocodiles are the stars of a new exhibit at the National Geographic Museum in Washington, D.C. “Crocs: Ancient Predators in a Modern World,” continues through May 8. The exhibit includes live crocodiles and interactive features.
Listen now to WTOP News WTOP.com | Alexa | Google Home | WTOP App | 103.5 FM
(1/6) 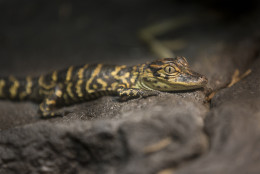 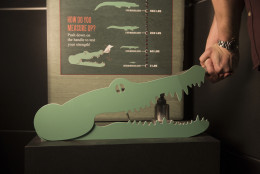 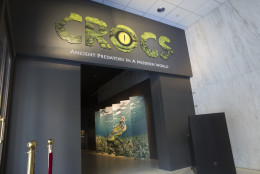 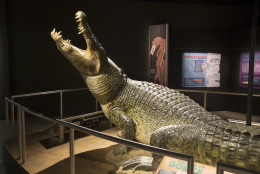 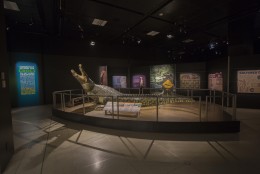 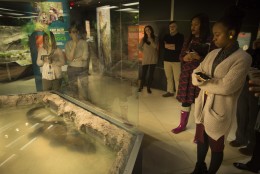 This article is sponsored by National Geographic Museum.

Crocodiles are the stars of a new exhibit at the National Geographic Museum in Washington. “Crocs: Ancient Predators in a Modern World,” continues through May 8.

In addition to interactive features that provide information about the history and biology of crocs, the exhibit includes several live crocodiles.

Jake Woods, a zookeeper from Clyde Peeling’s Reptiland (an accredited zoo in Pennsylvania that created the exhibit), came to D.C. and is taking care of National Geographic’s new residents. He says the exhibit offers lots of buttons, screens and interactive experiences to touch or play with.

Visitors can also view a life-size model of the largest crocodile ever exhibited in the Western Hemisphere; explore how crocs communicate with sight, sound, smell and touch, and test their strength against a croc on a modified force gauge while a video demonstrates how researchers measure the bites of real crocs.

Here are some crocodile tidbits you might not know. You can learn more about these and other crocodile facts by visiting the museum.

They hung out with dinosaurs

Crocodiles of various forms have flourished for more than 200 million years. The Jurassic Period, made famous by Steven Spielberg’s film about a dinosaur park, began about 200 million years ago and lasted for 55 million years, according to livescience.com.

Crocs come in many types

Early crocodiles ranged from galloping land predators and jumping insect eaters to pug-nosed herbivores and dolphin like hunters. Today’s crocs are stealthy aquatic predators with rugged bodies, keen senses and incredible strength, but they still come in many variations including caimans, gharials and alligators. The exhibit features an African dwarf crocodile, the slender-snouted crocodile, the Siamese crocodile and five baby American alligators.

There are many sizes

They span the globe

Crocodiles are found in India, Africa, North and South America, Australia, New Guinea and many other islands and nations. In addition to the American alligator common across Southern states, a small population of American crocodiles retains a foothold in Florida.

They are commercially valuable

Leather from crocodile skin is highly desirable for its durability and suppleness. In some areas illegal hunting for skins jeopardized populations. Today some species are commercially farmed for leather and for meat.

They use vocal communication

Depending on the species, crocodilians communicate through a wide range of sounds. Some of these include booming courtship bellows of alligators and caimans to hatching and distress calls of young crocs, reports crocodilian.com. At the exhibit, interactive components allow visitors to listen to croc calls and learn what scientists think they mean.

They are good parents

Most crocs are good parents. For example, Nat Geo Wild notes the female Nile crocodile guards its nest of 60 eggs for the entire incubation period of 90 days and the hatched young for six weeks. American alligators build huge nests where they incubate their eggs, and they protect them aggressively.

They have a toothy smile

When crocodiles lose a tooth, a new one quickly grows to replace it. According to livescience.com, a crocodile can go through as many as 8,000 teeth during a lifetime that can span 75 years.

Much more information about crocodiles can be learned at the exhibit. The National Geographic Museum is at 1145 17th St. N.W., Washington, D.C. Visitors can see the exhibit daily from 10 a.m. to 6 p.m. Information about tickets, group pricing, online ordering and more is available at the museum website at natgeomuseum.org. 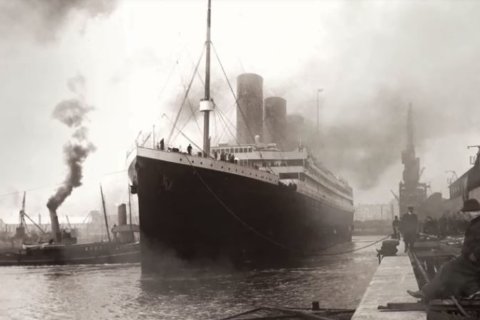