NASHVILLE, Tenn. (AP) — Country singer-songwriter Ashley McBryde had a whole cast of colorful characters that lived in her songs, and her friends’ songs, too, and now she has a town to let them flourish.

The award-winning singer from Arkansas and a posse of her songwriting buddies created Lindeville (LIN’-dee-vill), a nod to the late songwriter Dennis Linde, who wrote quirky character-driven songs like “Goodbye Earl.”

“Ashley McBryde Presents: Lindeville,” out now, is a collaborative concept album that McBryde and her friends created to give a home to the small-town misfits and their sometimes intoxicated and half-naked escapades. In McBryde’s fictional town, there’s the Dandelion Diner, the Forkem Family Funeral Home, the Dennis Linde ballfield, Ronnie’s Pawnshop and of course, a Food City. And there’s songs about Pete, the Vietnam vet who takes care of the ballfield; Patti, who works at the strip club where they host a gospel night; and Tina, who caught her man, Marvin, cheating and is beating up that gal that works at Sun Tan City.

“It’s a fictional town, but it’s also every small town you’ve ever been to,” said McBryde. “We have this really cool livestock trailer full of really interesting characters.”

With nods to radio plays like “A Prairie Home Companion,” McBryde and crew created detail-rich storylines with a John Prine level of empathy and compassion. There are mysteries that leave listeners wondering, backstories that give people depth and redemption and killer one-liners that are both explicit and hilarious. The tattooed singer has earned a reputation as a creative risk-taker in country music and on “Lindeville,” she encouraged everyone on the project to take the songs wherever they needed to go, even if it was dark or different or not a fit for radio.

“There’s definitely a different level of freedom and a little bit of carefreeness because, No. 1, it’s a collab thing. It’s a community-driven thing where it requires multiple voices and multiple brains,” said McBryde. “But also, we weren’t planning on working it to radio, which frees up a whole lot more, especially language-wise. Because sometimes, I mean, you have to use profane language to get the point across. And if that’s where the truth is, then that’s where it needs to be.”

John Osborne, of the duo Brothers Osborne, produced the album, which includes commercial jingles that McBryde sings for the various businesses in Lindeville. “When you meet your maker, we’ll be your undertaker,” McBryde sings about the town funeral home.

McBryde, who is has five nominations at this year’s CMA Awards, says she felt inspired by the character-study concept albums that Bobby Bare and Shel Silverstein made in the ’70s that became classics. “Having love projects like this, they don’t happen very often in country music,” McBryde said. “And so even though it’s not a big part of our country tradition, it’s a rare part. It’s one that I’m awful proud to keep the torch lit on.” 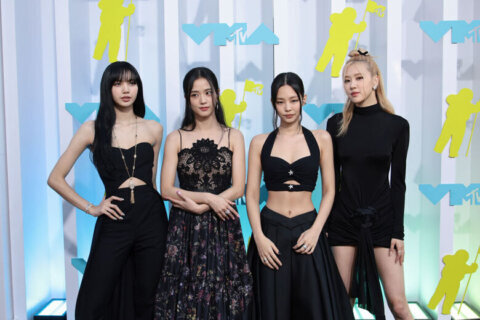