NASHVILLE, Tenn. (AP) — Country stars Mickey Guyton and Keith Urban are taking over as hosts for the Academy of Country Music Awards in April.

With the announcement on Thursday by the ACM, dick clark productions and CBS, Guyton will make history as the first Black woman to host the country awards show. The show will air on CBS on April 18 from three Nashville music venues.

Guyton is also performing at Grammy Awards on Sunday, where she will sing her nominated single, “Black Like Me,” which is nominated for best country solo performance. She is also the first Black female solo artist to earn a Grammy nomination in a country category.

“Over the years, the Academy of Country Music has always been a home for me through opportunities both onstage and throughout their work on diversity and inclusion,” Guyton said in a statement. “This is a moment of great significance for me and I am so thrilled to share it with all the fans.”

Urban, a 15-time ACM Award winner, hosted the show solo last year when it was relocated from Las Vegas to Nashville. Urban and Guyton also performed together during last year’s show.

“I’m beyond thrilled to be co-hosting with my friend Mickey,” Urban said in a statement. “I love that finally everyone will get to see her infectious energy and uber creative spirit in full light.” 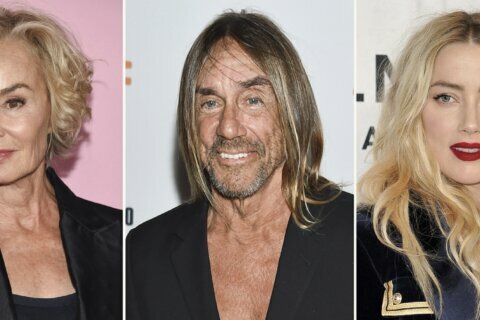