Neil Young has become the latest musician to strike gold with his song catalogue, selling a 50 percent stake in his music to a British investment company in a deal announced on Wednesday.
Listen now to WTOP News WTOP.com | Alexa | Google Home | WTOP App | 103.5 FM

NEW YORK (AP) — Neil Young has become the latest musician to strike gold with his song catalogue, selling a 50 percent stake in his music to a British investment company in a deal announced on Wednesday.

The Hipgnosis Songs Fund said it had acquired half of the copyright and income interests in some 1,180 songs written by the 75-year-old rock star, composer of “Heart of Gold,” “Rockin’ in the Free World” and “Cinnamon Girl.”

The deal comes a month after Bob Dylan sold publishing rights to more than 600 songs to the Universal Music Publishing Group for a reported fortune of between $300 million and a half billion dollars. Stevie Nicks sold an 80 percent stake in her music to Primary Wave for a reported $100 million.

Merck Mercuriadis, founder of Hipgnosis Songs Fund Limited, said that he bought his first Neil Young album when he was seven years old.

“’Harvest’ was my companion and I know every note, every word, every pause and silence intimately,” he said. “Neil Young, or at least his music, has been my friend . . . ever since.”

The businessman also said Young’s late manager, Elliot Roberts, was equally an idol to him.

In an industry where music sales have dwindled and the concert industry is on hold due to the coronavirus pandemic, song publishing is seen as an increasingly valuable asset. The companies generally push for use of an artist’s songs in movies, video games and advertising.

The latter use has been a sticking point for Young, whose 1988 song “This Note’s For You” sharply criticized artists who leased their music for advertising campaigns. The accompanying video parodied ads that featured Michael Jackson and Eric Clapton.

In the years since, it has become much more common for musicians to earn income through advertising campaigns. But at least through 2016, Young continued to resist having his music used this way, according to Rolling Stone magazine.

It was unclear whether the Hipgnosis deal augers a change in that policy.

In Wednesday’s announcement, Mercuriadis said that his company and Young “have a common integrity, ethos and passion born out of a belief in music and these important songs. There will never be a ‘Burger of Gold’ but we will work together to make sure everyone gets to hear them on Neil’s terms.”

Young has released some 70 albums as a solo artist and with bands like Buffalo Springfield, Crazy Horse and Crosby, Stills, Nash & Young. 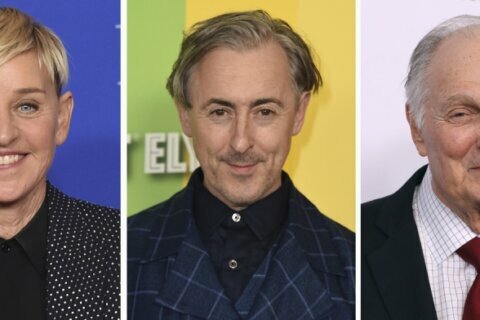